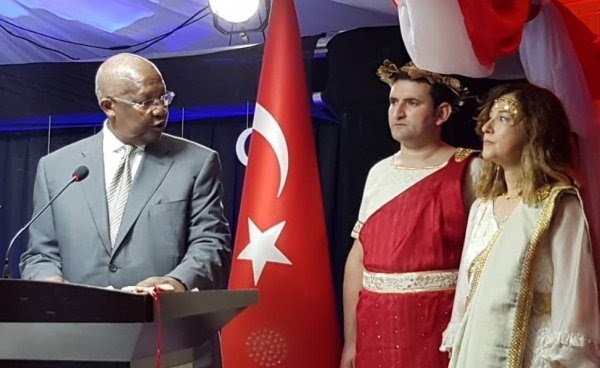 Turkish Ambassador to Uganda Sedef Yavuzalp has been summoned over her inappropriate attire in the Republic Day reception on Oct. 29 at the Embassy in Kampala, the Foreign Ministry said Saturday.

Foreign Minister Mevlüt Çavuşoğlu announced on Twitter that Yavuzalp has been recalled to Ankara over the incident and an investigation has been launched.

The decision to summon the ambassador came after footage of the reception showing the ambassador in a Greek mythology-inspired dress, which some said was a nod to Helen of Troy. Other embassy staff were also seen sporting similar styles of attires.

On Oct. 29, Turkey celebrated the 95th Anniversary of the Proclamation of the Republic of Turkey.