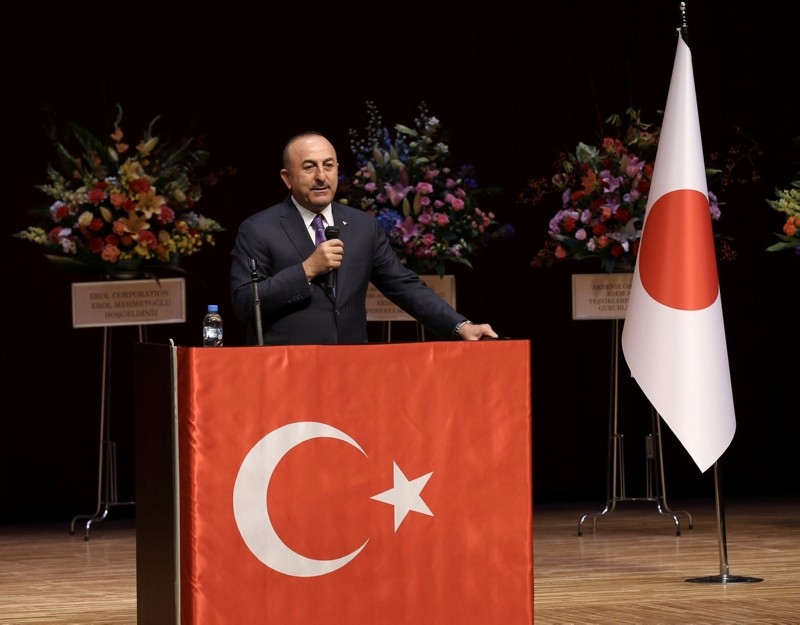 Turkey's foreign minister on Sunday said that the year 2019 will be celebrated as Year of Turkish Culture in Japan.

Mevlüt Çavuşoğlu's remarks came during his visit to a Turkish-Japanese Cultural and Trade Association in Nagoya city of Japan, where he met Turkish citizens living in the country.

On Turkey-Japan relations, the Turkish foreign minister said that his country wants to boost ties with Japan.

"Our aim is to increase trade and investment mutually as well as remove barriers for any [future] investment," Çavuşoğlu said.

"Now we are making effort on how we can improve our relations," Çavuşoğlu said. "The actualizing of investments in Turkey and our close cooperation on regional issues reinforce even more our relations with Japan in all areas," he added.

During his visit, Çavuşoğlu said, he will meet Japanese Prime Minister Shinzo Abe, as well as other ministers and media representatives.

Earlier, the foreign minister wrote on Twitter: "We are in Japan upon the invitation of my Japanese counterpart Taro Kono, to discuss the momentum gained in #Turkey-#Japan cooperation, and to exchange views on regional and international issues."

"We started our visit to Japan with a meeting in Nagoya with our esteemed citizens who constitute an important tie between #Turkey and #Japan thousands of kilometers away from home," he added.

On the activities of Gülenist Terror Group (FETÖ), the group behind July 2016 defeated coup in Turkey, Çavuşoğlu said: "[FETÖ] is also a threat to the countries where they are currently present."

"They [FETÖ] continue activities in Japan," he added.

Ankara also accuses FETÖ of being behind a long-running campaign to overthrow the government through the infiltration of Turkish institutions, particularly the military, police, and judiciary.

In addition, Çavuşoğlu said: "We know that PKK supporters are also active in Japan. We will discuss this issue [with Japanese authorities]."

In its more than 30-year terror campaign against Turkey, the PKK -- listed as a terrorist organization by Turkey, the U.S. and the EU -- has been responsible for the deaths of some 40,000 people, including women and children. The Democratic Union Party (PYD) is its Syrian branch and with the People's Protection Units (YPG) serving as its armed wing.