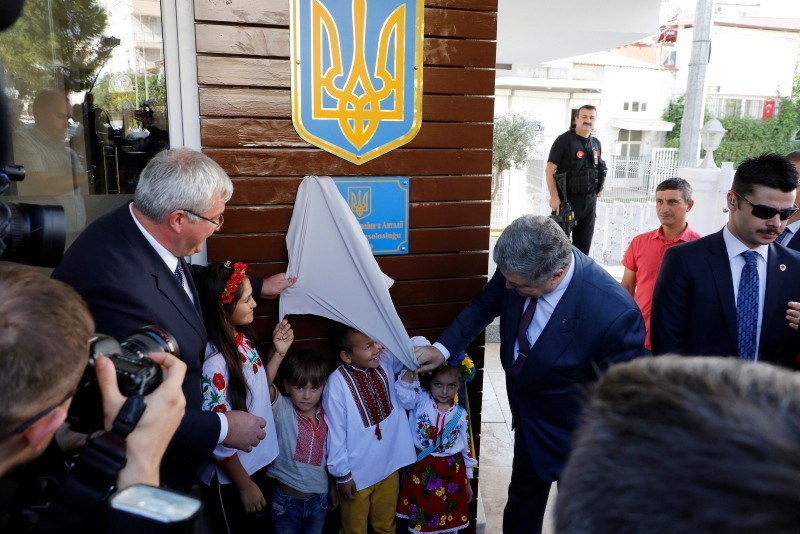 Ukraine on Sunday opened its consulate in southern Turkey's Antalya province with the participation of Ukrainian President Petro Poroshenko.

"We reaffirmed our commitment to close relations at our meeting with President Erdoğan. Turkish and Ukrainian relations will never deteriorate," Poroshenko said at the opening ceremony, adding that the consulate was significant to show that Kiev was determined "to bring services to its citizens living in the region."

The president stressed the importance of opening the consulate, saying not only tourists come to Antalya for holidays, but also a large number of international summits take place in the southern city and Ukrainian diplomats will be able to take active part in such events.

Turkey and Ukraine signed an agreement to allow passport-free travel to their citizens last year. Turkey is among popular destinations for Ukrainian tourists who mostly prefer Antalya, a popular resort city with year-round warm weather.

In 2017, some 713,000 Ukrainian tourists arrived in Antalya and this number exceeded one million this year. Adding to their flourishing relations in recent years, both countries increased the number of flights and added new routes to flights between Turkey and Ukraine. Turkey is expected to conclude a free trade agreement with Ukraine by the end of this year.