US move to put bounty on PKK leaders positive but 'late', Ankara says 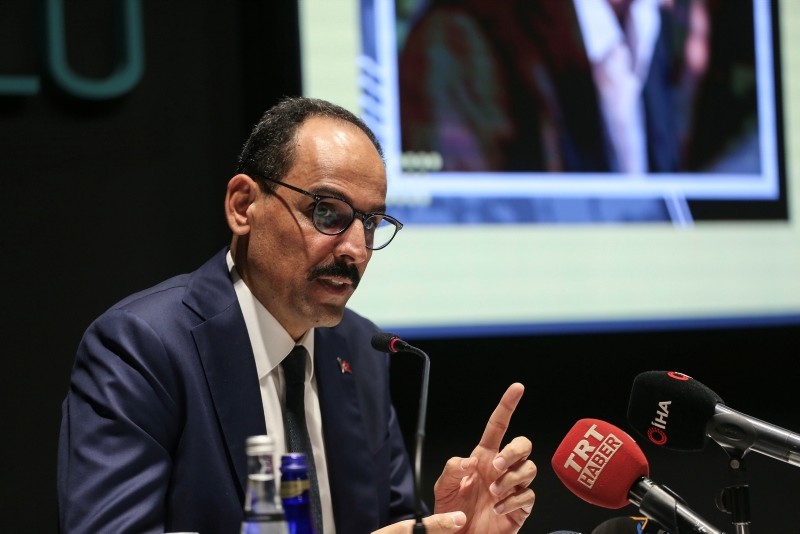 The United States' decision to offer rewards in exchange for information on senior PKK figures is a "late" move Turkey will take "cautiously," and if it was done to obscure Washington's ongoing support to the YPG, the truth will soon come out, Presidential Spokesperson İbrahim Kalın said Tuesday.

Commenting on the U.S. State Department's decision to put a combined $12 million bounty on three key PKK leaders, Kalın said: "They say they are making a distinction between the PKK, and the People's Protection Units (YPG) and Democratic Union Party (PYD) but they cannot fool us. We have told them many times that the organic link between them [the PKK and YPG/PYD] is not [purely] instrumental."

Stressing that the announcement, which has been regarded as a positive development by the Turkish side, came too little, too late, Kalın warned that if the U.S.' real intention is to conceal their continuing engagement with the YPG, the truth will soon come to light.

Defense Minister Hulusi Akar made a similar statement on Wednesday, also welcoming the move as positive but "very late".

"We find it unacceptable that while rewards are being put on PKK leaders, truckloads and planeloads of weapons and military equipment are being delivered to the YPG," Akar said.

"We expect a similar approach toward the YPG, which has no difference from the PKK," the minister said.

U.S. support for the YPG terrorist organization, which facilitated the groups' efforts to form an autonomous region, has been a major sticking point in U.S.-Turkey relations. The U.S. has provided military training and truckloads of weapons despite Ankara's security concerns and warnings that the group is linked to the PKK terrorist organization that has claimed the lives of more than 40,000 people over 30 years.

Although the U.S. recognizes the PKK as a terrorist organization, it denies the group's connection with the YPG and the Syrian Democratic Forces (SDF), an umbrella group that mostly consists of YPG terrorists, despite all the proof suggesting otherwise and continues to support the terrorists under the pretext of fighting Daesh.

The U.S.' cooperation with the YPG/SDF has caused tension between Ankara and Washington. Ankara believes that the U.S. has been using the fight against Daesh as an excuse to justify its heavy arms support to the group, which signals that Washington has long-term objectives in the region.