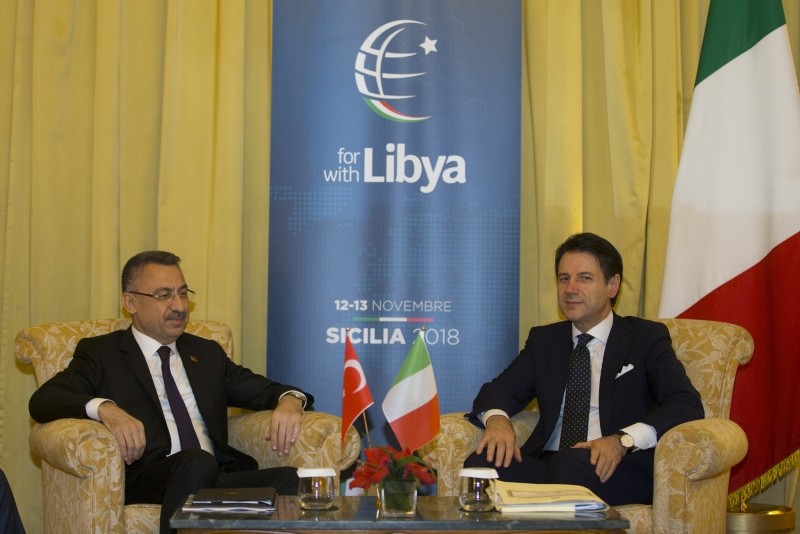 Oktay and Conte met in Palermo ahead of an international conference on Libya, said the source, who asked not to be named due to restrictions on speaking to the media.

During the closed-door meeting, the top officials spoke about ties between Turkey and Italy.

Oktay and Conte also discussed the need to find a lasting solution in Libya, stressing its territorial integrity, sovereignty, and political unity.

They also held talks on the rapid completion of joint projects and launching new projects between Ankara and Rome.

On Nov. 12-13, Palermo is hosting an international conference on Libya attended by Libyan political groups based both at home and abroad.

Libya has remained dogged by turmoil since 2011, when a bloody NATO-backed uprising led to the ouster and death of long-serving President Muammar Gaddafi after more than four decades in power.