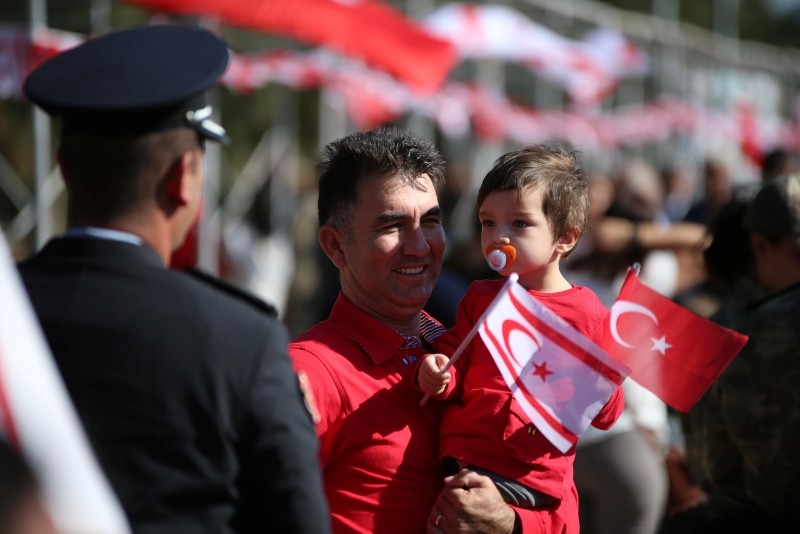 Turkish Cypriots marked the 35th foundation anniversary of the Turkish Republic of Northern Cyprus on Thursday.

The ceremony was held in front of the monument dedicated to Turkey's founding leader Mustafa Kemal Atatürk in the capital Nicosia, where a minute of silence was observed, which was followed by the Turkish national anthem. 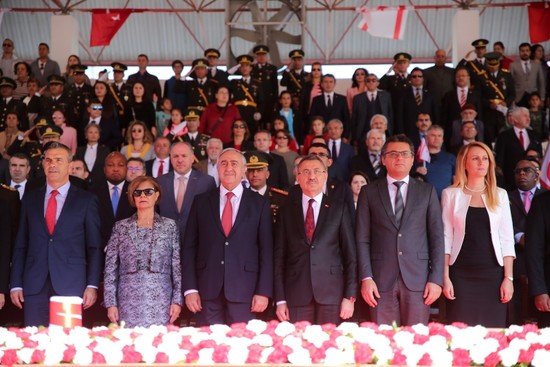 Speaking at the event, Oktay said the reason for Cyprus still not reaching solution is the irreconcilable attitude of Greek Cypriots who have adopted insolubility as a maxim.

"The state you [Turkish Cypriots] have founded is one of the equal two founding parts of the island. The efforts by the Greek Cypriot side to dilute this truth have not been permitted until today, and will not be henceforth," he said.

"Turkey will continue to display its righteous and firm stance with determination in Cyprus, Syria and Libya," Oktay said.

He said the newly discovered hydrocarbon resources around the island made Cyprus a worldwide center of attention, adding that Turkey saw the new resources as an opportunity to be used for the prosperity and peace of the island.

However, Oktay said that the Greek Cypriot side has showed that they did not wish to share the natural resources of the island with the unilateral steps they have taken.

"We will not tolerate Greek Cypriots' unilateral steps which ignore Turkish Cypriots," he said.

"We cannot accept some countries' unilateral interventions and moves only considering their own interests in issues which concern international society," he said. 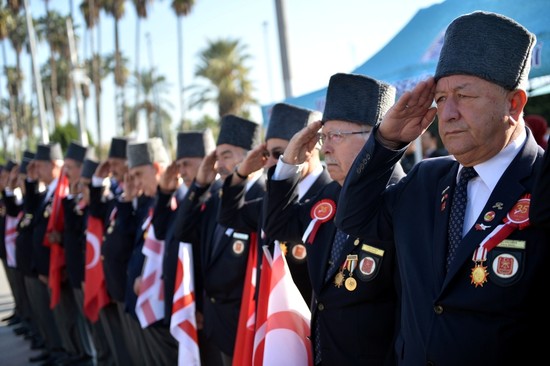 "We will continue our support for the economic, social, cultural and political development of our Turkish Cypriot brothers," said Yıldırım.

He added: "We will never renounce our active right to guarantee, for Turks in Cyprus can look to the future with confidence."

Since 1968, the Greek side has continually rejected steps taken during international negotiations and have put forward impossible preconditions.

The island has been divided since 1974 when decades of violence against the island's Turks was followed a Greek Cypriot coup and Ankara's intervened as a guarantor power.

The TRNC was established on 15 Nov. 1983 to prevent the eastern Mediterranean island's annexation by Greece and to protect its Turkish population.

Negotiations over Cyprus resumed after a 2004 U.N.-backed Annan Plan to reunify the Turkish Cypriot and Greek Cypriot communities.

The plan put forward by former U.N. Secretary-General Kofi Annan was put to a referendum on both sides of the island by then-leaders Rauf Denktaş and Tasos Papadopoulos.

Despite the failure of the plan, the EU admitted the Greek side with full membership on the day following the ballot, totally ignoring the existence of the other half of the island.

Numerous negotiations opened from 2005 to 2016 would also fail, with talks falling out in 2013 due to the Greek Cypriot government's unilateral declaration of an exclusive economic zone in the eastern Mediterranean and initiation of drilling activities in search of hydrocarbons in the region.

There has been an on-and-off peace process over recent years, the latest failed initiative having taken place in Crans-Montana, Switzerland under the auspices of guarantor countries Turkey, Greece and the U.K., collapsing last year.