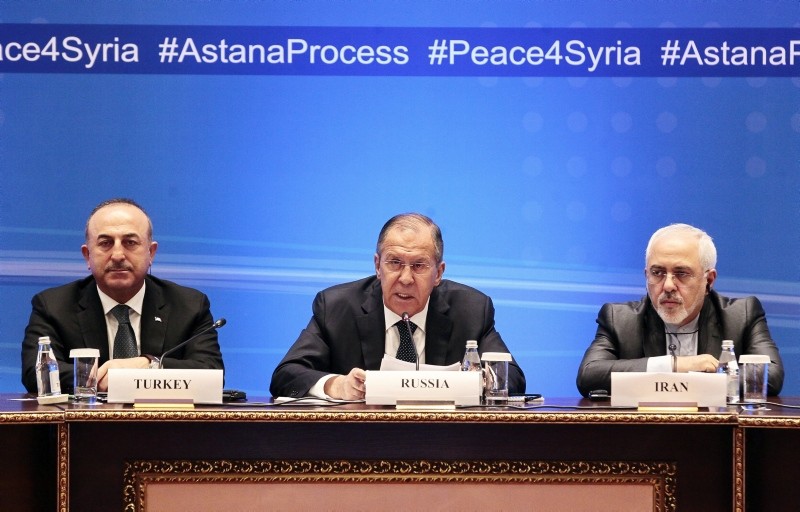 Turkey, Russia and Iran will hold the next round of talks on Syria on Nov. 28-29 in Kazakhstan, Kazakh foreign minister Kairat Abdrakhmanov said on Monday.

Delegations of the Assad regime and the Syrian opposition are also set to attend, Abdrakhmanov told reporters.

Officials from the U.N. and Jordan will take part in talks as observers.

The Astana peace process was launched by Russia, Iran, and Turkey in the Kazakh capital Astana in January 2017 to bring all warring parties in the Syrian conflict to the table to find a political solution as a complementary part of the U.N. sponsored peace talks in Geneva.

Last year, the three guarantor countries agreed to establish de-escalation zones in the northern province of Idlib and parts of neighboring Latakia, Hama and Aleppo. The partial cease-fire, however, was short-lived. Regime forces backed by Russia and Iran re-conquered three of the zones through heavy bombardments.

Idlib remained as the last stronghold of the opposition with dozens of opposition groups squeezed into northwestern Syria's Idlib. As the Bashar Assad regime was preparing for a full-scale operation in the province of Idlib in late August and September, Turkey and Russia stepped in reaching an agreement on Sept. 17 to prevent a humanitarian disaster.

The deal, known as the Sochi agreement, set up a demilitarized zone of 15-20 kilometers between the opposition forces and the regime forces. The deal also saw the evacuation of all heavy weapons and all radical groups from the zone, while moderate opposition groups in Idlib will remain in areas where they are already present.

Accordingly, Russia and Turkey will carry out joint patrols in the area to ward off renewed fighting and ensure the compliance to the deal.