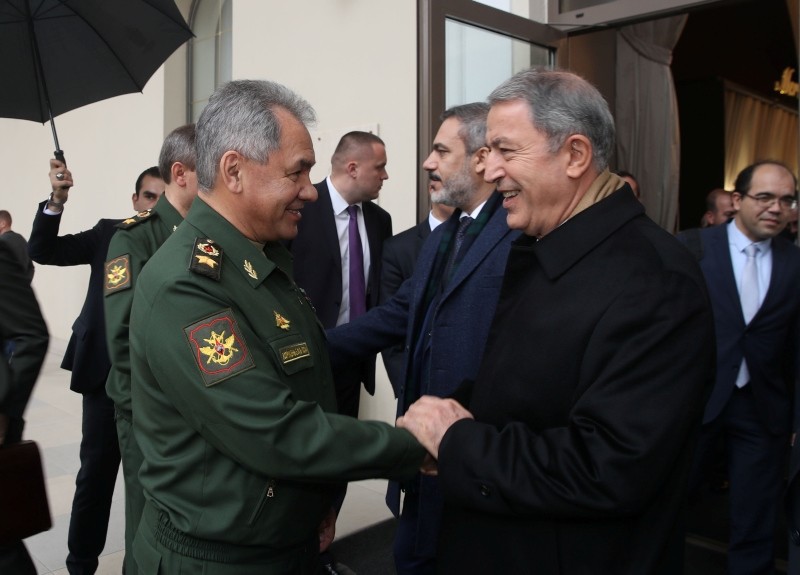 Defense ministers of Turkey and Russia on Tuesday discussed further interactions in Syria's Idlib at a meeting in Russia's coastal city of Sochi.

Hulusi Akar and Sergey Shoigu examined the actions needed to be performed to "close all the remaining issues in Idlib," said a Russian Defense Ministry statement.

"The current situation in Syria requires our immediate solution and discussion of the pending issues," it said.

Russia earlier this month accused opposition groups in the insurgent-held region of trying to wreck a Russian-Turkish initiative to create a demilitarized zone there.

Shoigu was cited by Russian news agencies as saying that the two countries needed to act to defend their initiative.

Turkey's head of National Intelligence Organization (MIT) Hakan Fidan was also present at the meeting, according to Turkish defense sources.

On Sept. 17, President Recep Tayyip Erdoğan and his Russian counterpart Vladimir Putin agreed to establish a demilitarized zone in Idlib.