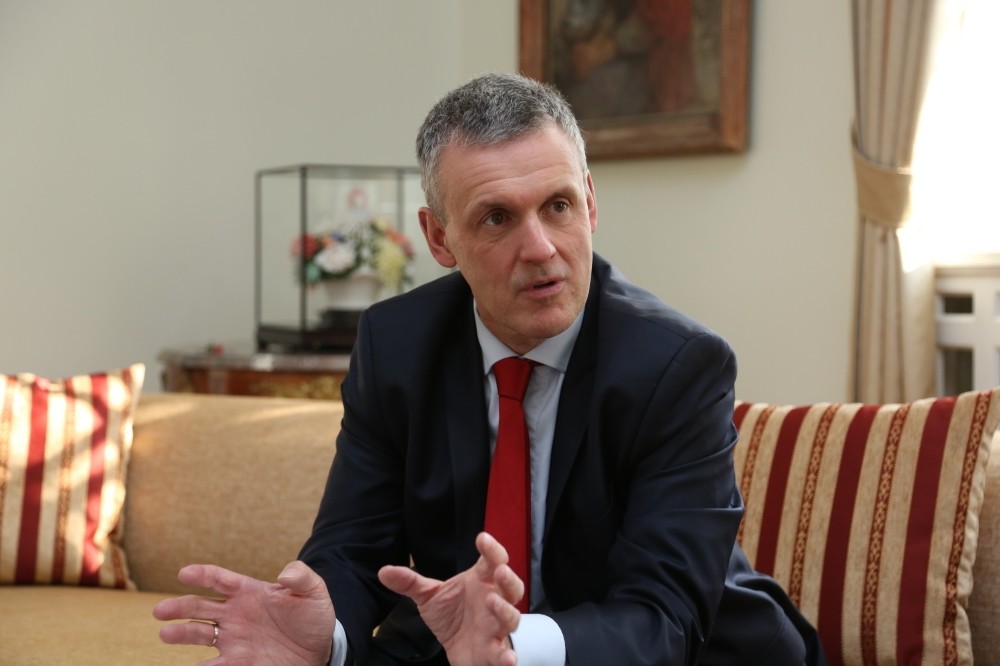 Belgian Ambassador to Ankara Michel Malherbe said on Monday that the relations between Turkey and Belgium are on a good track compared to previous years as the two sides are committed to keeping up dialogue. He stressed that the recent consultation meetings have yielded positive results.

"We are on a good track, we have [seen] positive results after these consultations. There is a possibility to seek common ground relying on the bedrock of the relationship, which is people-to-people contact and the fact that we depend on each other," Malherbe told Daily Sabah in an exclusive interview.

Last week, senior officials from Turkey and Belgium held political consultations with the goal of addressing bilateral issues. The meeting was held under the co-chairmanship of Faruk Kaymakçı, deputy minister of foreign affairs and director for EU affairs, and Anick Van Calster, deputy minister for bilateral relations for the Ministry of Foreign Affairs. Stressing that the consultation meetings have been held every year, Malherbe stated that in the last meeting in Ankara the delegations exchanged views on various topics including the situation in Syria, Iraq, Iran, Middle East and Africa and discussed them in depth. "What I can see over one year is that the relationship is easier going now than it was one year ago. There is a feeling that we have a window of opportunity to improve the ties," he said.

Malherbe also pointed out that in the more than one-hour long meeting on the margins of the U.N. General Assembly in September President Recep Tayyip Erdoğan and Belgian Prime Minister Charles Michel agreed to improve ties, which had not been very vibrant in recent years. 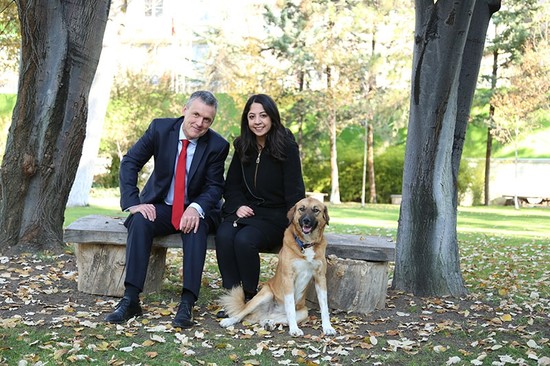 In relation to the ongoing war in Syria, Malherbe stated, "Belgium is fully aware of the challenges Turkey faces," and added that there have been significant threats stemming from the conflict such as the issue of Foreign Terrorist Fighters.

"We are also trying to improve our cooperation regarding foreign terrorist fighters. Unfortunately, a number of Belgian citizens decided to go and fight in Syria and some of them want to come back. We also have a number of spouses and children and we are working with Turkey to identify them and work on this, which is not very easy," the ambassador said.

Commenting on the issue, a high-level Turkish diplomatic source speaking on the condition of anonymity told Daily Sabah that "Turkey has been substantially cooperating with European countries sharing information on foreign terrorist fighters."

"Since 2011, Turkey put an entry ban for nearly 68,600 people. Furthermore, the foreigners who are suspected to be affiliated with terrorist organizations have been detected by the respective institutions and following their detention they are deported," the source said and underscored that accordingly over 6,800 people were deported.

Before deporting the suspect, Turkey provides detailed information in a note to the country to which the person will be deported, the source added.

Highlighting Turkey's efforts, the source underlined that the Risk Analysis desks established in various airports and bus terminals 26,500 foreigners were controlled, 17,900 interviews were held and over 8,300 were prohibited from entering the country.

"One result of the consultation meeting is the improved mechanisms regarding foreign terrorist fighters and also the no entry lists and travel bans Turkey has. We are fully aware of the challenges brought about by the geographical position of Turkey. We want to work together to face these challenges," the Belgian envoy said.

Touching on developments on the ground in Syria, the Belgian ambassador stressed that Turkey's efforts to reach a resolution have been welcomed by Europe.

Referring to the Sochi agreement reached by Turkey and Russia on Sept. 17, Malherbe said, "the European view is that the agreement of Russia and Turkey prevented a humanitarian catastrophe. That is a big success and we commend Turkey for that effort."

Awareness in Belgium toward PKK growth

"For us it is very clear that the PKK is a terrorist organization. We are condemning their attacks regularly without any ambiguity," the Belgian envoy said.

Stressing that Turkey does not want to see demonstrations with flags belonging to the PKK terrorist organization, a group listed on the terror list by the European Union, Malherbe said that "In our legislation there is no legal basis for the outright banning of such meetings when public order is not in danger. Moreover, in Belgium local mayors are deciding individually about the big threat."

Yet the ambassador said "I personally believe that the awareness of local authorities toward these symbols are growing not only in Belgium but also in Germany or France," and added that there are legal cases undergoing to fight drug trafficking and other PKK related activities.

Belgium has previously come under fire from Turkish authorities for their tolerance of PKK demonstrations in the country, including setting up a tent in downtown Brussels with an exhibition of pro-PKK propaganda and allowing the residence of suspected terrorists.