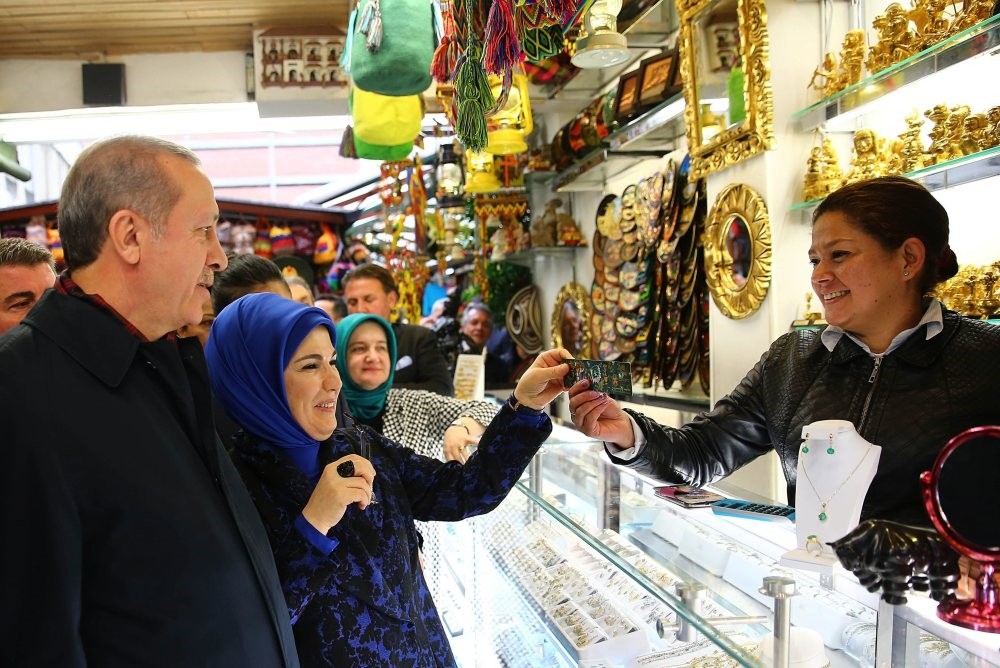 On Friday, President Erdoğan is expected to pay his third official visit to Latin America, a region that Turkey has been eyeing for some time now as part of its multidimensional foreign policy

This year's annual G-20 summit will kick off on Friday in Argentina's capital Bueno Aires with the participation of member state leaders including President Recep Tayyip Erdoğan. Although the meeting is scheduled for the world's top economies to come together for two-days, Erdoğan is planning to expand his duration of stay in the continent for a few more days and pay official visits to not only Argentina but also Venezuela and Paraguay, seeking to boost ties with the countries of the region to an even higher level. Erdoğan's visit to the continent is expected to start on Friday Nov. 30 until Dec. 3 and will be his third official visit to the continent, signaling the significance of the region for Turkey.

"Erdogan's visit is intended to deepen these relations," he added.

Although Turkey has had diplomatic relations with Latin American countries since the 19th century, until the early 2000s the relations remained friendly but, as Turkey's Foreign Ministry defines, "stagnant" mostly due to geographical distance. In addition, during the Cold War period, Turkey was aligned with the Western bloc, while Latin American countries were part of the Non-Aligned Movement. However, with the establishment of the "Action Plan for Latin America and the Caribbean" in 1998 and the declaration of 2006 as the "Year of Latin America and the Caribbean" in Turkey, relations gained new momentum. From that point on, the two sides began to pay reciprocal official visits to each other.

Erdoğan first visited Latin America in 2015, the second presidential visit to the region by the country. Then, in 2016, he paid his second visit to several major Latin American countries, including Chile, Peru and Ecuador. In 2017, Foreign Minister Mevlüt Çavuşoğlu visited the continent, traveling to Argentina, Paraguay, the Dominican Republic and Mexico.

Still, according to Özkan, the relations are not at the desired level yet. "Ankara's main concern for Latin America is economy; political and cultural relations are advancing every day but not at a sufficient level," Özkan underlined.

Following the end of the Cold War, the international system was replaced with a multipolar global order, and Turkey redefined its foreign policy as an active global actor accordingly. Therefore, Turkey's ruling Justice and Development Party (AK Party) era was marked by a foreign policy approach defined as multi-dimensional. Within the context of this foreign policy approach, Turkey not only aims to be active as a regional power but also seeks to expand its agencies throughout the world, especially in regions with high potentials in terms of both human and natural resources, such as Africa and Latin America.

The multi-dimensional approach has shown its effects most clearly on the economy as it enables to boost trade relations between Turkey and Latin America. Turkey's trade volume with the continent increased from $3.4 billion in 2006 to $9.2 billion in 2017. Turkey also has a Free Trade Agreement with Chile and is in preparation of free trade agreements with Ecuador, Colombia, Mexico and Peru.

Apart from increasing numbers in bilateral trade, there have been remarkable increases in the number of tourists coming to Turkey from Latin America, thanks to the popularity of Turkish TV series in the continent.

The number of tourists coming from South America, especially from Argentina and Brazil, with high spending levels, soared by 70 percent to 165,000 in the first eight months of 2018.

TÜROB also issued a statement on the issue, saying that the image of Turkey has grown in South America thanks to the Turkish TV series broadcast in the region over the last five years.

Turkish TV series air in about 15 South American counties with the highest ratings. One of the TV shows, "One Thousand and One Nights," became the most watched show in Chile in 2014. While some see this popularity of soap operas in the continent as a product of horizontal interaction of pop culture among developing countries, others think that Latin American people find Turkish productions as relatable, and are not coming from a historically dominating Western country. More than 100 Turkish TV series are exported to more than 150 countries and rank second, right after the U.S., with over $350 million in annual revenue and more than 500 million viewers worldwide.

Other than economic relations, Turkey is also active in the continent when it comes to humanitarian activities. The Turkish International Cooperation and Development Agency (TİKA), which is an organization that, as Özkan underlined, contributed to the "deepening of the relations," opened its first regional program coordination office in the region in 2018 in Mexico. The agency "has undertaken more than 127 projects and activities amounting to nearly $11 million in the fields of education, health, water and sanitation, emergency and humanitarian assistance, institutional capacity development, meeting social needs, contribution to cultural life, transportation and agriculture and livestock," according to the Foreign Ministry.