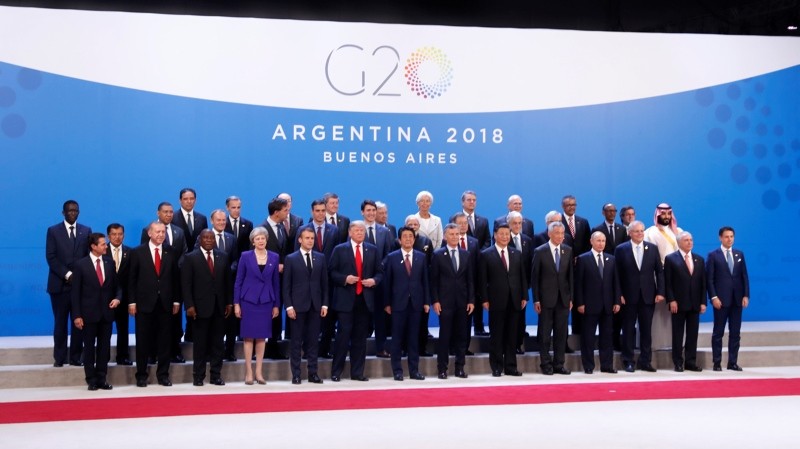 G20 leaders including the presidents of the United States, Russia and China opened summit talks on Friday stalked by the deepest divisions in the group's 10-year history. President Recep Tayyip Erdoğan and his U.S. counterpart Donald Trump had a brief meeting after the summit kicked off.

The television channel did not give further details.

As the leaders sat down for the summit plenary, Russian President Vladimir Putin and bin Salman -- both arriving at the meeting under a cloud -- greeted each other with an enthusiastic, thumping handshake that resembled a high-five, and hearty laughter.

Several leaders including French President Emmanuel Macron and British Prime Minister Theresa May said they would raise the killing of journalist Jamal Khashoggi during talks with the crown prince on the sidelines of the summit.

Putin arrived in Argentina earlier Friday denouncing the "vicious" use of sanctions and trade protectionism in a veiled swipe at US President Donald Trump.

Trump on Thursday cancelled a planned bilateral with Putin over Russia's naval skirmish with Ukraine in waters near Moscow-annexed Crimea.