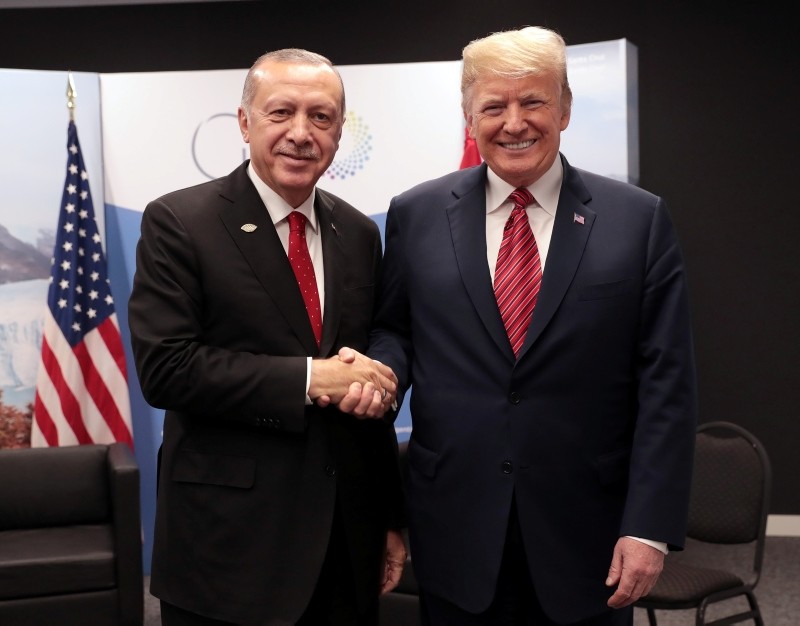 President Recep Tayyip Erdoğan met with U.S. President Donald Trump on the sidelines of the G20 summit in Argentina, marking the second meeting between the two leaders in Buenos Aires.

The leaders met amid a global outcry over the death of a U.S.-based columnist who was killed at the Saudi Consulate in Istanbul.

The 50-minute-long meeting was closed to reporters.

"We had an opportunity to discuss the ongoing process in Northern Syria with the U.S. as two strategic partners. We discussed situation in Manbij, Idlib and terrorist groups in northern Syria with U.S. President Donald Trump," Erdoğan said later on Saturday.

Prior to that Erdoğan had closed-door meetings with Russian President Vladimir Putin and Japanese Prime Minister Shinzo Abe.

"Our talks regarding TurkStream are of great importance," Erdoğan said after the meeting with Putin.

The TurkStream project is an export gas pipeline set to cross beneath the Black Sea from Russia to Turkey and extend to Turkey's borders with neighboring countries.

Speaking about the four-nation Istanbul summit on Syria's northwestern Idlib, he said there were more steps needed to be taken.

"I find it very appropriate to have a meeting about Idlib even if it's for a short time," Erdoğan said.

Ahead of his visit to Argentina, the president said he would discuss with Trump the Manbij issue, a matter which continues to be an obstacle in the reconciliation of strained relations between the two NATO allies despite a deal made for cooperation.

Erdoğan is also expected to hold meeting wıth the U.K.'s Theresa May.