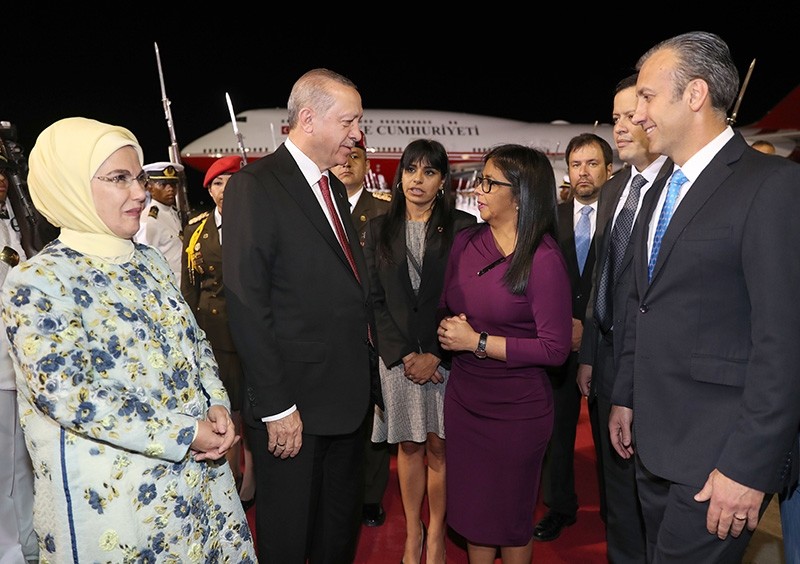 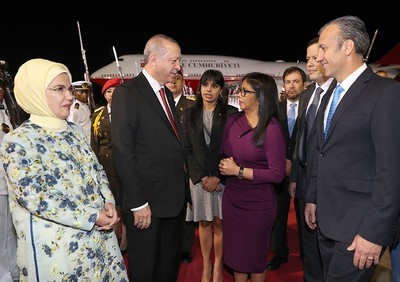 Erdoğan will meet with Venezuelan counterpart Nicolas Maduro later in the day at the Miraflores Palace. The two leaders are expected to sign several agreements and hold a joint press conference.

Venezuela is the third destination of Erdoğan's Latin America tour, which kicked off with the Group of 20 (G-20) summit in Argentina that began on Friday.

Erdoğan's trips to Paraguay and Venezuela mark the first-ever by a Turkish president.