FM Çavuşoğlu to attend NATO meeting in Brussels this week 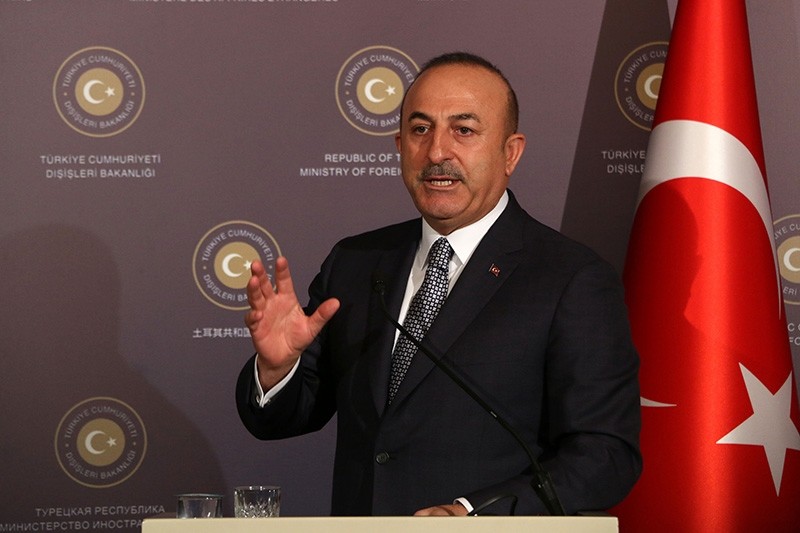 | DHA Photo
by Daily Sabah with AA Dec 03, 2018 12:00 am
Foreign Minister Mevlüt Çavuşoğlu will attend a NATO Foreign Ministers' Meeting in Brussels on Dec. 4 and 5, the ministry said Monday.

In a statement, the ministry said Monday: "Foreign ministers will discuss the latest international security issues and review the implementation of the decisions taken at the NATO Brussels Summit held on 11-12 July 2018."

"Minister Çavuşoğlu will hold bilateral meetings with his counterparts," the statement added.

Speaking at a press briefing in Brussels, NATO Secretary General Jens Stoltenberg said Monday that the ministers will address a wide range of security challenges including violent extremism in North Africa and the Middle East, the continuing instability in Afghanistan and Russia's destabilizing behavior.

In relation to the Middle East, Stoltenberg emphasized that capacity building, counterterrorism and further support for partners in the region will be on the agenda with a special focus on Iraq and Afghanistan.

Stressing that NATO continues to help train Iraqi local forces, Stoltenberg stated that NATO experts are working with local authorities to set up defense education facilities in Iraq. He also underscored that they will ensure that Afghanistan never again becomes a safe haven for international terrorists and the cost of leaving is bigger than the cost of staying.

NATO has been in Iraq since 2004 to assist Iraqi security forces upon the request of the Iraqi interim government. NATO's involvement in Afghanistan began in August 2003 following the Sept. 11 attacks in the U.S. that caused it to invoke Article 5 of the NATO Charter for the first time in the organization's history.

Stoltenberg also announced that the organization will have a meeting on the Western Balkans Wednesday to determine possible steps in developing relations with Bosnia-Herzegovina. The European Union's foreign policy chief, Federica Mogherini, is also expected to participate in the meeting.