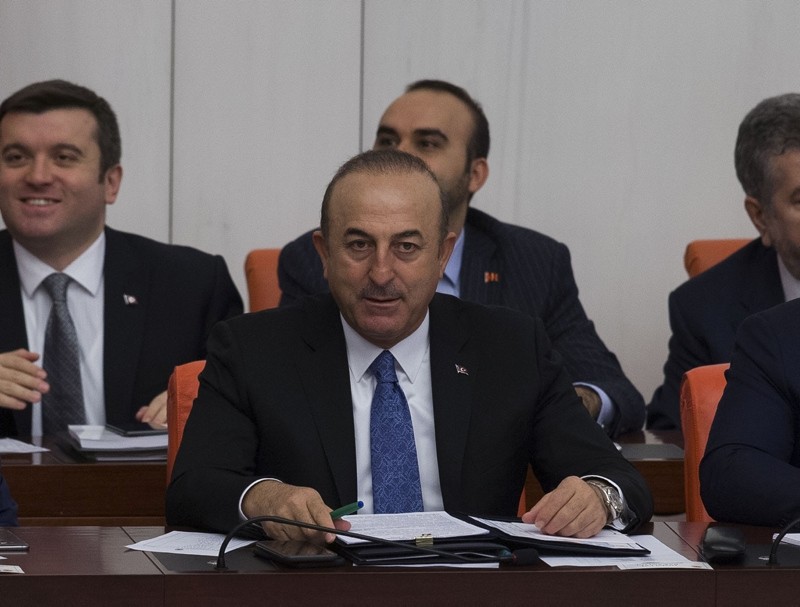 The Federal Bureau of Investigation (FBI) has started working on investigating the Gülenist Terror Group (FETÖ)'s network in the U.S. in 15 states and has already made arrests in the state of New Jersey, Foreign Minister Mevlüt Çavuşoğlu said Monday.

Speaking at the plenary session of Parliament for the 2019 central government budget, Çavuşoğlu said that Turkey has demanded the extradition of 84 people linked to the FETÖ in talks with the U.S.

"We have brought up the issue of 84 people whom we have officially requested to be extradited in every meeting [with U.S. officials]. Our president brought it up in Argentina [at his meeting with Trump on the sidelines of the G20 Summit]. Trump specifically said 'we are working for the extradition of the FETÖ terrorist leader.' There is this reality about the FETÖ; there is an ongoing investigation by the FBI in nearly 15 U.S. states. The FBI told us that they have begun to see the dark side of the FETÖ through their findings. Arrests have also been made in some places like New Jersey," Çavuşoğlu said.

FETÖ staged the July 15, 2016 coup attempt to overthrow the democratically elected Turkish government, in which 251 people were killed and more than 2,200 people were injured. The terrorist group is also accused of using its members in the police and the judiciary to launch two other coup attempts on Dec. 17 and Dec. 25 in 2013, under the guise of graft probes, in addition to sham trials launched against its adversaries using illegal or fake evidence and trumped-up charges.

The U.S. remains the main hub of FETÖ activity, where the shadowy group operates hundreds of charter schools and affiliated companies, providing visa and employment opportunities for thousands of its followers. Gülen has lived in self-imposed exile in a secluded compound in the U.S. state of Pennsylvania since 1999.

Addressing the longstanding crisis in Syria, Çavuşoğlu said Turkey was not the cause of this crisis, nor was there any war between Turkey and Syria.

Çavuşoğlu cited his remarks from the Doha Forum in Qatar this Sunday, stressing: "I never said anything that means we could work with Syrian regime leader Assad or that we approve of him."

According to U.N. figures, hundreds of thousands of people have been killed in the conflict to date.