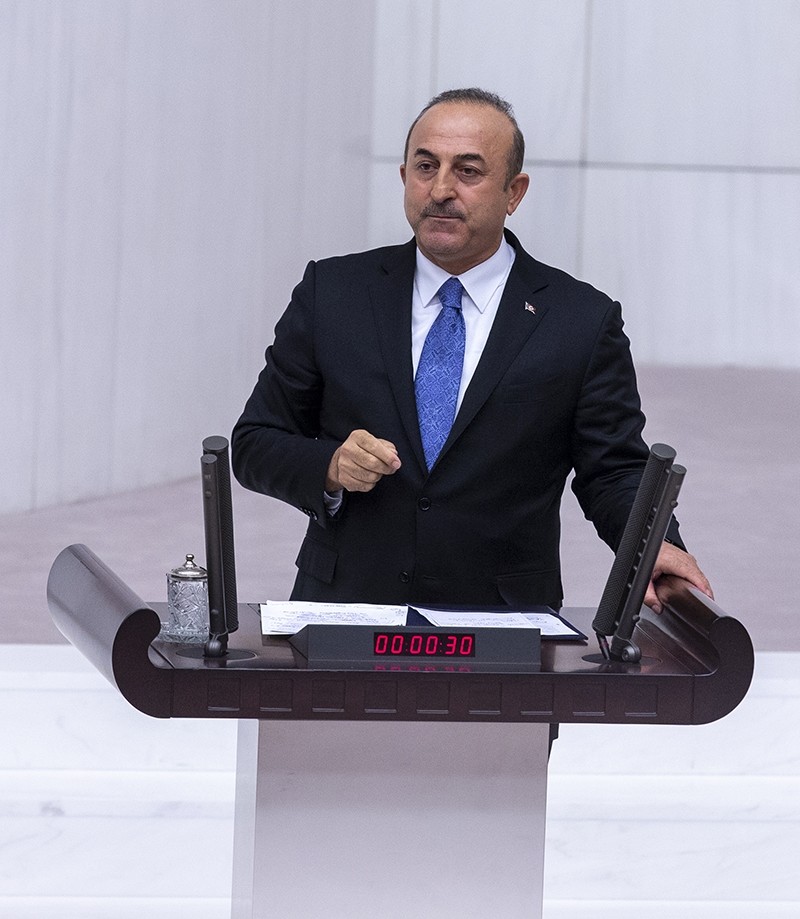 "We have opened a final window of opportunity for a political solution in Syria," Çavuşoğlu told Turkey's parliament in a speech laying out Ankara's foreign policy priorities.

Turkey, Iran and Russia came together in Geneva yesterday for the talks at the U.N., hosted by U.N. Special Envoy Staffan de Mistura, regarding the formation of the Syrian constitution.

This is the latest attempt to come up with a new constitution for the war-torn country as De Mistura said last month.

"We are in the last days of the attempts to implement the constitutional committee," he previously said.

De Mistura was supposed to step down at the end of December but U.N. spokesman Stephane Dujarric said last month he will be staying on "for a bit longer" to make sure there is no gap "at an extremely critical time in the Syria talks."

He will be succeeded by Geir Pederson, a veteran Norwegian ambassador.

Iranian Foreign Minister Javad Zarif also said Tuesday that he hoped to reach an agreement with Russia and Turkey on the composition of a new constitutional committee.

Zarif, arriving at the United Nations in Geneva for talks with his Russian and Turkish counterparts, Sergei Lavrov and Çavuşoğlu, was asked whether he expected a deal to be reached.

"I hope so," Zarif told reporters.

The make-up of a committee to draft a new constitution for Syria is nearly complete, with almost all members agreed, Russian Foreign Minister Sergei Lavrov said Friday.

The announcement came after Syria's warring sides and mediators last month failed to agree on the formation of the committee, which is seen as key to ending Syria's seven-year civil war.

Further Cyprus talks to depend on parameters

Çavuşoğlu also touched on talks on Cyprus during his speech on Tuesday. Stating that the Greek Cypriot side did not cooperate with Turkey's efforts to reach an agreement on the eastern Mediterranean island, Çavuşoğlu stressed that Ankara would henceforth enter negotiations only after the "parameters and framework" of talks were determined.

He emphasized that Turkey's continued presence in Cyprus as a guarantor was a prerequisite for a potential deal.

Cyprus has seen an on-and-off peace process in recent years, including the latest initiative in Switzerland under the auspices of guarantor countries Turkey, Greece and Britain collapsing last year.

The U.N. has sought a peace deal to unite Cyprus under a federal umbrella that could also define the future of Europe's relations with Turkey, a key player in the conflict.

Noting that Turkey's position remains clear on hydrocarbon drilling around Cyprus, Çavuşoğlu said the Turkish Armed Forces (TSK) would continue to take all necessary measures in the eastern Mediterranean.

In early 2018, the Greek Cypriot administration unilaterally launched exploratory drilling activities for gas in the Eastern Mediterranean despite strong opposition from Turkish Cypriots, who argue that the island's natural resources should be exploited jointly to ensure equal rights for both parties.