US proposes sale of Patriot missiles to Turkey, a key ally it cannot risk losing 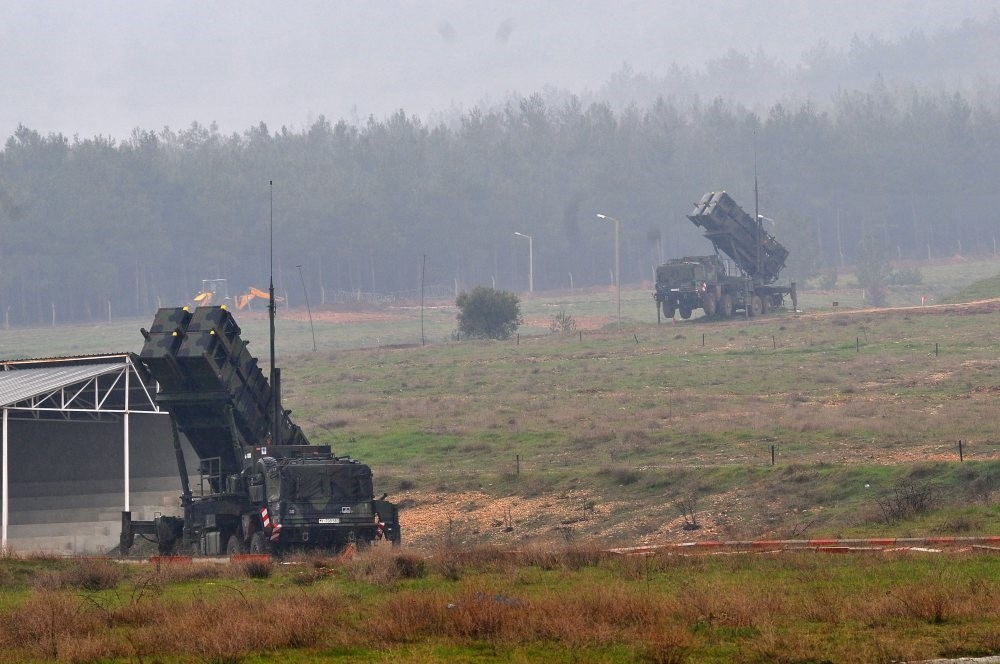 Washington's decision on Tuesday to sell Patriot missiles to Turkey was a breakthrough, something the latter has demanded since 2015

The U.S. State Department has approved a $3.5 billion deal to sell the Patriot air and missile defense system to Turkey. The decision Tuesday came amid fears that Ankara was losing trust in Washington because of the U.S.' disregard for its NATO ally's security concerns. Earlier this week, the U.S. administration had notified Congress of a proposal to sell 80 Patriot missiles and 60 other missiles to Ankara along with radar sets, engagement control stations and launching stations.

This is a breakthrough decision given the U.S. had disregarded Turkey's demands for the system since 2015. Murat Yeşiltaş, the security studies director at the Foundation for Political, Economic and Social Research (SETA), told Daily Sabah that "the U.S. Department of Defense statement underlines how Washington places importance on Turkey's security as a NATO ally." Yeşiltaş also said, "This move may also be an attempt to prevent a crisis between the two countries before they snowballed, and resolving them one by one." In its statement Tuesday, the U.S. Department of Defense said, "This proposed sale will contribute to the foreign policy and national security of the U.S. by improving the security of a key NATO ally on the front lines of the fight against terrorism."

It also stressed that "Turkey continues to be an essential element of the national security and defense strategy" of the U.S. to compete against great powers in Europe and the Middle East.

It pointed out that the proposed sale will increase Turkey's defensive capabilities to guard against hostile aggression. It added that the sale is consistent with U.S. initiatives to provide key allies with modern systems to defend against regional instability.

However, in order to begin the negotiations and sign a contract, the proposal of the sale must pass U.S. Senate that previously voted for delaying the delivery of F-35 fighter jets due to Turkey's decision to buy Russian S-400 missiles.

Speaking to Daily Sabah, Merve Seren, the Assist. Prof. at Ankara Yıldırım Beyazıt University, reminded readers that the department's approval does not mean that the sale will happen and the sale is dependent on the decision of Congress.

She added that "political conjuncture between two countries often affects the Senate decisions on such issues. Yet, the U.S. Department of State seemingly opts for not losing its NATO ally, Turkey."

Turkey had been trying to purchase the air defense system from the U.S. for some time now but was never able to get a commitment from Washington when it was needed the most. Although the U.S. has been openly providing

weaponry to the affiliates of the PKK terrorist organization, especially in Syria, it failed to meet the defense needs of Turkey which have endangered losing its NATO ally.

To fulfill the country's security needs, Turkey turned first to China and later to Russia, finally deciding to purchase of Russia's S-400 missile system, which caused a major political impasse between two countries.

Accordingly, Turkey signed a contract with Russia to buy the S-400 air defense system in 2017 and plan to begin the installation of the system in October 2019.

In the face of Ankara's decision, Washington complained that the Russian system is not compatible with NATO air and missile defense system and that purchasing the S-400 system would jeopardize Turkey's purchase of F-35 fighter jets, possibly resulting in unavoidable negative consequences for U.S.-Turkey relations.

Subsequently, U.S. President Donald Trump approved a defense budget law delaying delivery of F-35 Joint Strike Fighter jets to Turkey, citing Turkey's purchase from the Russians and Congress passed a bill blocking the delivery of the jets until the Pentagon issued a report on Turkish-American relations in 90 days.

In relation to the issue, Seren noted that that the administration expressed its willingness to sell Patriot missiles despite knowing Turkey's determination to purchase the S-400.

She stressed that even if the Senate votes in favor of selling Patriots to Turkey; it would certainly place conditions on S-400 systems and want Turkey to revoke its agreement with Russia.

Kremlin, on the other hand, highlighted yesterday that Russia was pressing ahead with a contract to deliver advanced S-400 missile air defense systems to Turkey despite Washington's approval of the possible sale of a rival U.S. missile defense system to Ankara. "These are not connected processes. In this case, we are fulfilling agreements that we have with our Turkish colleagues. You know that the contract is being fulfilled. This will be continued," Kremlin spokesperson Dmitry Peskov said. Erdoğan previously reiterated that the S-400 negotiation between Ankara and Moscow was a done deal and the U.S. was not in a position to say anything about it, adding that Turkey needs both Russian-made S-400 air defense systems and the U.S.-made F-35 fighter jets. Turkey has indeed been trying to diversify its foreign policy and allies through buying different defense systems and redefining its position in the international arena to better retain its national security.