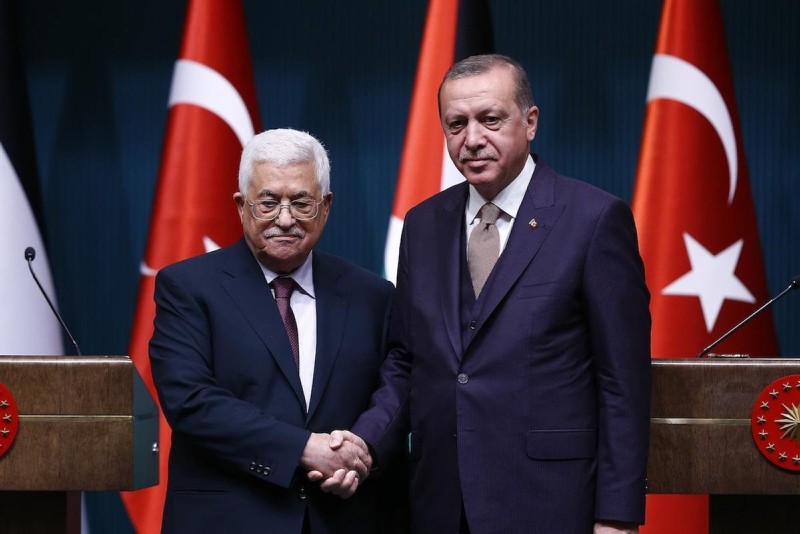 The two presidents exchanged views on preventing wrong steps that would hinder a solution to Palestinian issue.

They also discussed the decision of countries which decided to relocate embassies to Jerusalem, along with regional developments.

The United States opened its embassy in Jerusalem in May in spite of fervent opposition from the region and the European Union. Only Guatemala and Paraguay followed suit, but Asuncion later reversed this decision.

The status of Jerusalem, home to sites holy to the Muslim, Jewish and Christian faiths, is one of the biggest obstacles to a peace agreement between Israel and Palestinians who want East Jerusalem recognized as the capital of an independent Palestinian state.

Israel regards all of Jerusalem as its capital, including the eastern sector that it annexed in a move not recognized internationally, after the 1967 Middle East war. The United Nations says the status of Jerusalem can be resolved only by negotiations.