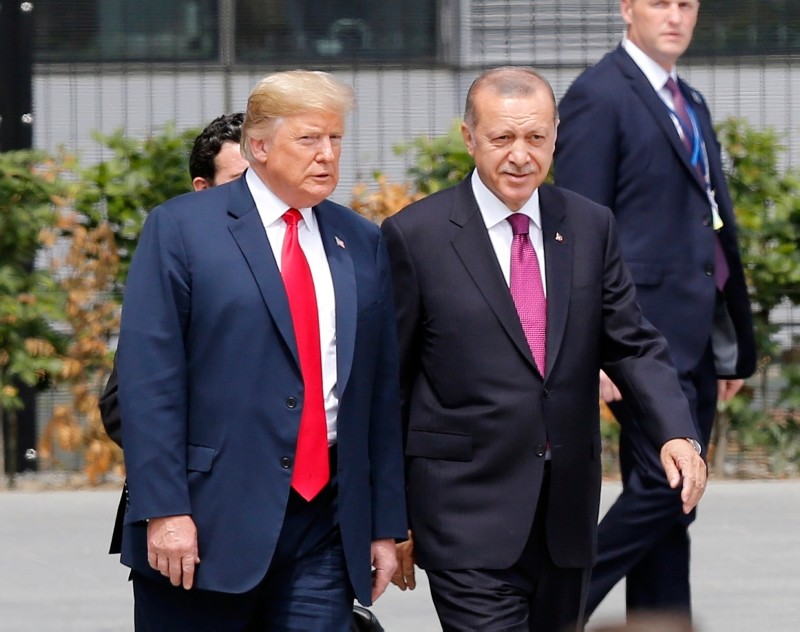 According to Trump, the two presidents discussed the fight against Daesh, mutual involvement in Syria as well as "the slow and highly coordinated pullout of U.S. troops from the area."

The "heavily expanded trade" between Turkey and the U.S. was also discussed during the call, Trump added.

The Turkish presidency later confirmed the call, saying Erdoğan and Trump agreed to coordinate to prevent an authority vacuum from developing as the U.S. withdraws from Syria.

Erdoğan also expressed satisfaction with steps taken by Washington regarding combating terrorism in Syria and said Turkey was ready to provide any type of support, the presidency said.

On Wednesday, Washington announced it will be withdrawing all of its troops from Syria, following a conversation between President Recep Tayyip Erdoğan and U.S. counterpart Trump over an imminent Turkish cross-border operation to eliminate PKK-affiliated People's Protection Units (YPG) terror group from northern Syria.

Following Trump's move, Erdoğan said Friday that Turkey had decided to postpone its cross-border operation into areas controlled by the YPG in eastern Syria for some time.

A mission east of the Euphrates, which Turkey's leadership has been suggesting for months, would follow two successful cross-border Turkish operations into Syria since 2016 — Operations Euphrates Shield and Olive Branch — both meant to eradicate the presence of YPG/PKK and Daesh terrorists near Turkey's borders.