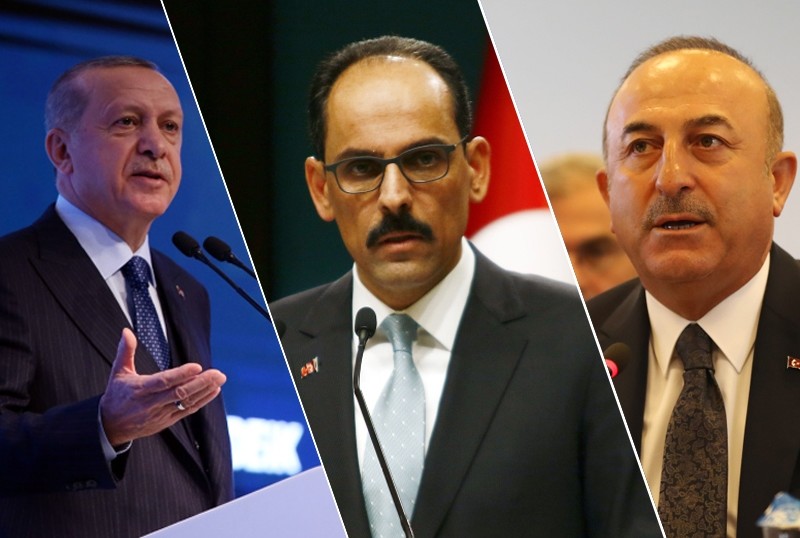 Speaking at an opening ceremony in Istanbul, Erdoğan said Netanyahu was the "voice of opressors" and used state-sponsored terrorism.

"Unhappy with us for helping Palestinian victims, Israeli Prime Minister attacked with vile insults and slander. Netanyahu accuses us of invasion in Cyprus. I think it is a slip of tongue. He was going to say they were invaders themselves in Palestine," Erdoğan said.

"Israel has no right to accuse anyone without accounting for its own sins, crimes against humanity, massacres and destruction," he added.

On Sunday, Netanyahu in a tweet attacked the Turkish president over Ankara's counter-terror operation and Cyprus issues.

On his official Twitter account the Foreign Minister Mevlüt Çavuşoğlu wrote: "The occupier which kicks people lying on the ground is easily offended: @netanyahu is a cold-blooded killer of modern times, responsible for massacres of thousands of innocent Palestinians, bombing children on beaches."

"Turkey will never stop exposing the truth," he added.

"Accused of fraud in investigations carried out in Israel, Benjamin Netanyahu is trying to manipulate the international community," Turkey's ruling Justice and Development (AK) Party spokesman Ömer Çelik said in a tweet.

Çelik said that Netanyahu is "disturbed" by Erdoğan's remarks in favor of humanity and oppressed people.

The spokesman emphasized that Turkey will continue to speak up against Israel's unjust actions against the oppressed Palestinians and its practises that violate international law.

"It means that Netanyahu is disturbed by the operations carried out by the Turkish army and security forces against PKK targets, which carry out terrorist acts against our civilians and the oppressed Syrian, regardless of women and children," Çelik said.

"Bashing Erdoğan or using Kurds as a political chip will not save him from his domestic troubles," Kalın wrote in a tweet.

In its more than 30-year terror campaign against Turkey, the PKK — listed as a terrorist organization by Turkey, the U.S. and the EU — has been responsible for the deaths of nearly 40,000 people.