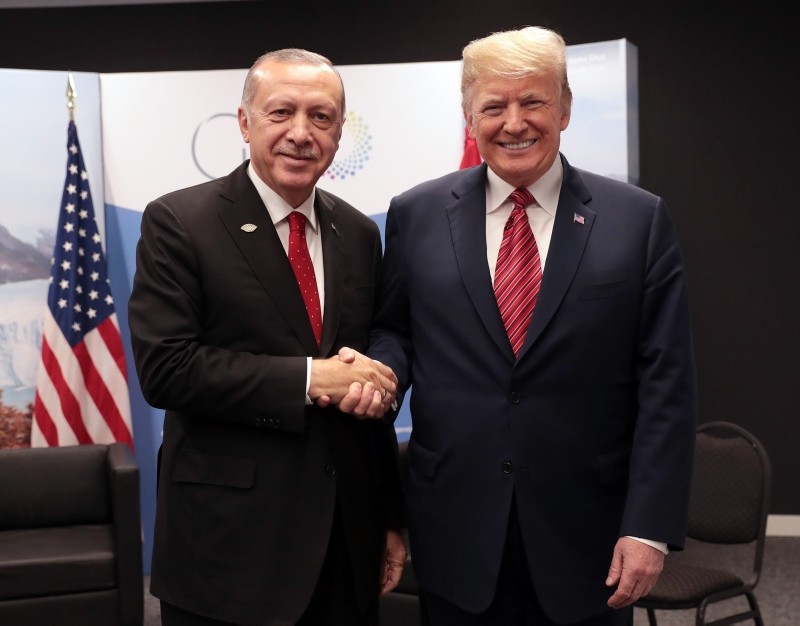 U.S. President Donald Trump said President Recep Tayyip Erdoğan has "very strongly" informed him that Turkey will eradicate whatever is left of the Daesh terror group in Syria.

In a tweet posted early Monday, Trump also reiterated in his tweet that U.S. troops will withdraw from Syria.

He said Turkey is "next door" to Syria, and said President Erdoğan "can do it."

President @RT_Erdogan of Turkey has very strongly informed me that he will eradicate whatever is left of ISIS in Syria....and he is a man who can do it plus, Turkey is right "next door." Our troops are coming home!

On Wednesday, Washington announced it will be withdrawing all of its troops from Syria, following a conversation between President Recep Tayyip Erdoğan and Trump over an imminent Turkish cross-border operation to eliminate PKK-affiliated People's Protection Units (YPG) from northern Syria.