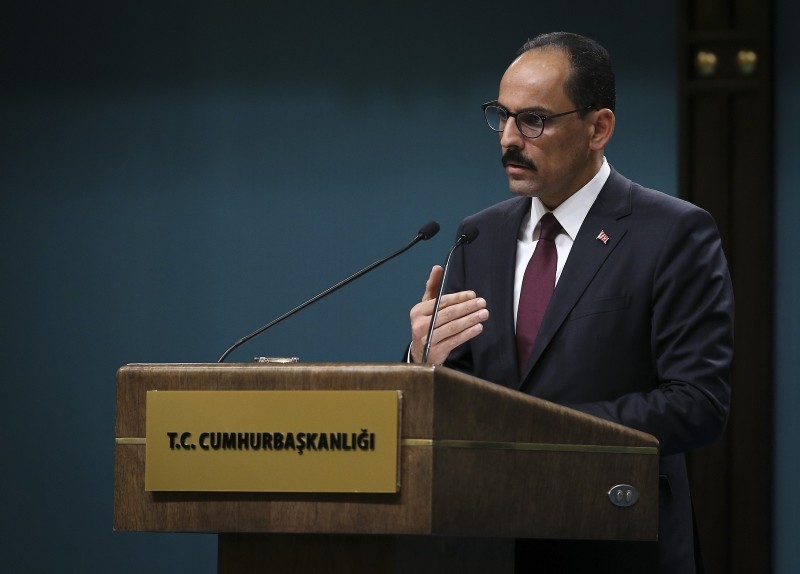 Speaking about the U.S. withdrawal from Syria, Kalın also said a U.S. military delegation was expected to arrive in Turkey this week to discuss coordination for American pullout.

"In order to prevent any gaps in the coordination of the withdrawal plan, [Erdoğan] gave the necessary instructions," he said.

The talks will cover a range of topics, including U.S. taking back the arms it distributed for the Syrian Democratic Forces (SDF), which are dominated by the PKK terror group's Syrian affiliate the Democratic Union Party (PYD) and its armed wing the People's Protection Units (YPG), under the pretext of fighting Daesh.

Kalın added that Turkey will also closely coordinate with Russia regarding possible power vacuum in eastern Syria as U.S. pulls out, including in the area east of Euphrates.

Stressing that a phone call between Erdoğan and Trump on Dec. 14 was a historic one, Kalın said the Turkish president "clearly relayed the message that neither the U.S. nor Turkey needed the PYD or the YPG terrorists to eliminate the Daesh threat."

Trump stunned his cabinet, lawmakers and much of the world last week as he ordered American troops home, rejecting the advice of his top aides, following a conversation with Erdoğan over an imminent Turkish cross-border operation to eliminate the YPG terrorists from northern Syria.