FM Çavuşoğlu, US counterpart Pompeo hold phone call ahead of Turkish op against YPG in Syria 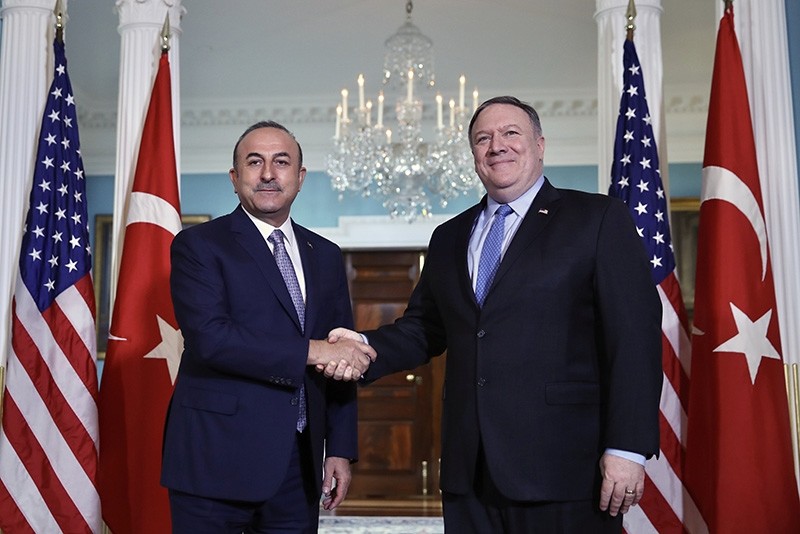 Foreign Minister Mevlüt Çavuşoğlu spoke to his U.S. counterpart Mike Pompeo on the phone on Sunday, according to diplomatic sources, ahead of an imminent Turkish offensive against terrorists in northern Syria.

No additional details were immediately available.

Turkey is preparing for a third offensive in northern Syria to clear out the PKK-affiliated People's Protection Units (YPG) — which has been supported by the U.S. despite Ankara's objections — and in eastern Syria to sweep out remnants of Daesh.

Turkey has reiterated that it will not allow a "terrorist corridor" to be established on its southern border by the YPG and has called on the U.S. to stand by promises made to its NATO ally to help it rid the region of terror threats.

The YPG functions under the Syrian Democratic Forces (SDF), which is heavily backed by Washington under the pretext of fighting Daesh. Turkey sees no difference between the PKK, a group also listed on U.S. and EU terror lists, and the YPG in Syria, as the two groups are organically linked and have fluid movement of members between their lines.

The land east of the Euphrates River comprises about one-third of the territory of Syria, except for the Bashar Assad regime-controlled area near Deir el-Zor and the area near the Iraqi border controlled by the YPG.