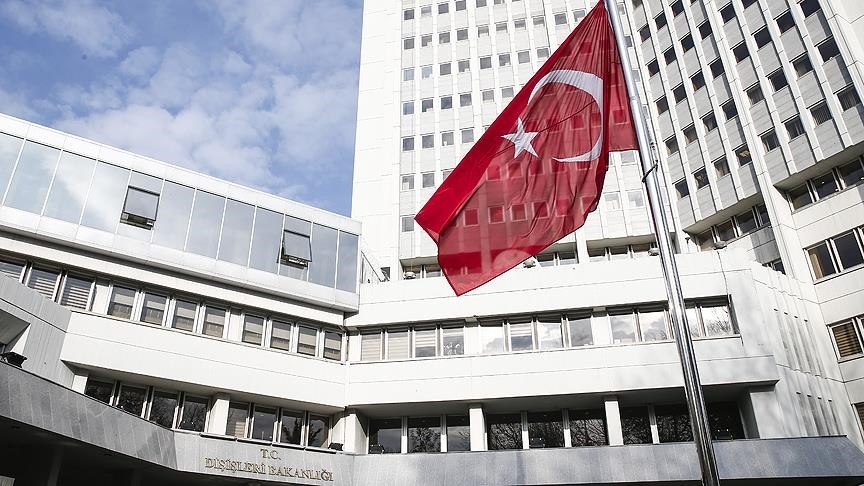 Turkey has denounced the failed military coup attempt that hit the central African country of Gabon on Monday.

"We condemn the coup attempt that took place this morning in Gabon," said the Turkish Foreign Ministry in a statement. "Turkey is against all attempts aiming to unlawfully change elected governments. We attach importance to maintaining peace and stability in Gabon," the statement added.

The Gabonese government regained political control late Monday after an attempted military coup shook the African oil-rich country. The coup leaders have been arrested. A curfew was imposed in the capital, Libreville, and the internet was cut. The city on the Atlantic coast was being patrolled by military tanks and armed vehicles.

International organizations, like the U.N. and the African Union (AU), and countries have condemned the coup attempt. U.N. Secretary-General Antonio Guterres condemned the attempted coup and called on all in the country to follow its constitutional laws, spokesman Stephane Dujarric said.

The African Union also affirmed its support for the Bongo government. "The AU strongly condemns the coup attempt this morning in Gabon," the head of the AU Commission, Moussa Faki Mahamat, said on Twitter. "I reaffirm the AU's rejection of all anti-constitutional change."

South Africa and Chad joined the AU on Monday in condemning an attempted coup in Gabon. "South Africa reaffirms the AU principle of the total rejection of all unconstitutional change of power," the Department of International Relations and Cooperation said in a statement.

Chad's President Idriss Deby, who is also the current head of the Economic Community of Central African States, also condemned the coup attempt and applauded the swift action taken by Gabonese defense and security forces in quashing the coup. He further welcomed the unanimous reaction of the international community in condemning the actions of the coup plotters.

The Bongo family has governed the equatorial African nation for five decades, where a third of the population lives below the poverty line despite the country's vast mineral wealth. Bongo took over from his father Omar, who took office in 1967 and gained the reputation of one of the wealthiest men in the world, with a fortune derived from Gabon's oil wealth. Bongo, who has been in power since 2009, has been out of the country since October amid reports that he had a stroke.

He recently addressed the country in a New Year's message that was filmed in Morocco, where he has been receiving medical treatment. In his brief New Year's address, Bongo declared that the country was "indivisible" and acknowledged his health problems without giving details.

"A difficult period," he called it, and a challenge that he surmounted "thanks to God." He promised to put all of his efforts into improving the daily quality of life for Gabon's people.