Turkey's fight in Syria not against Kurds but terrorists, Defense Minister Akar says 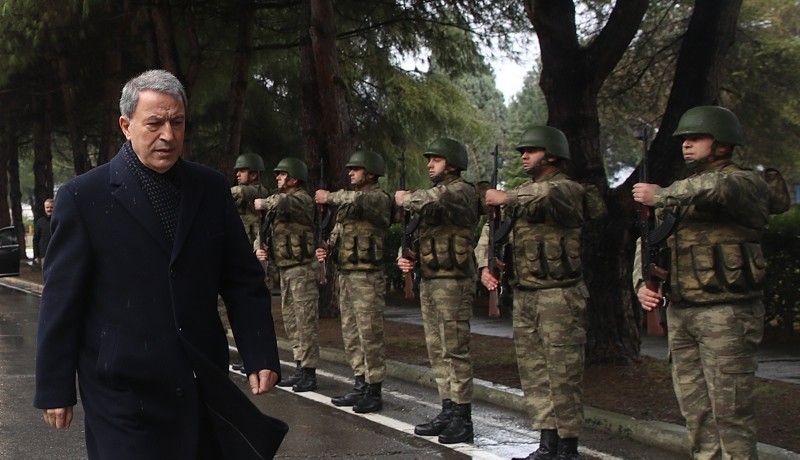 Turkey's fight in Syria is not against Kurds but against PKK/YPG and Daesh terrorists, National Defense Minister Hulusi Akar said on Monday, pushing back a U.S. misconception.

"The fight of the Turkish Armed Forces (TSK) is not against our Kurdish brothers with whom we have shared the same geography and the same bread for centuries.

"Our fight in the region is against the PKK/YPG and Daesh terrorists that threaten all ethnic and religious groups, particularly our Kurdish, Arab, and Turkmen brothers," Akar told reporters.

The terrorist PKK/YPG can never be the representatives of the Kurdish people, stressed Akar.

"This terrorist group both poses a threat to regional security and stability, and prevents Syrian refugees, particularly Kurds, from returning to their territories," he added.

Turkey has said it is planning a counter-terrorist operation into Syria targeting the PKK/YPG, following two successful operations since 2016