US delegation including Bolton arrives in Turkey to discuss Syria, FETÖ 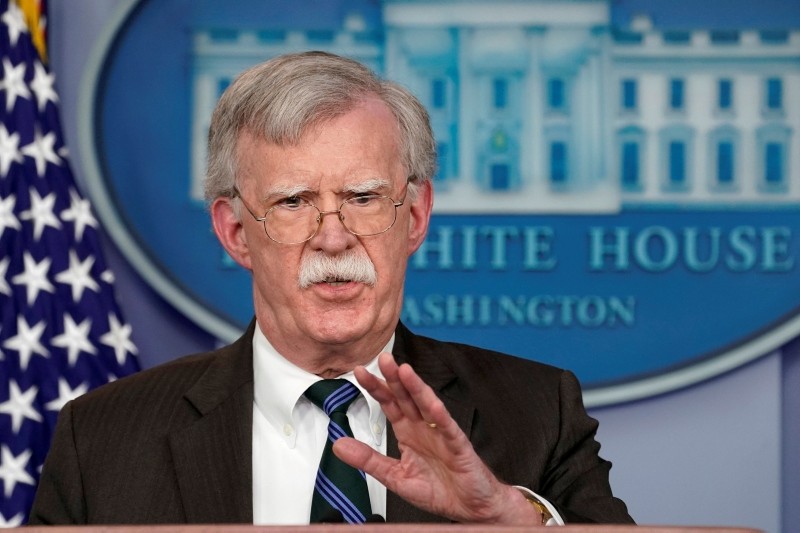 The delegation, which includes U.S. Chairman of the Joint Chiefs of Staff Gen. Joseph Dunford and James Jeffrey, the U.S. special representative for Syria and the special envoy for the anti-Daesh coalition, a title he assumed three days ago from the former envoy Brett McGurk.

The coordination on U.S. pullout from Syria, strategies for post-U.S. period in northern parts of the country controlled by the PKK terrorist group's Syrian offshoot People's Protection Units (YPG), the fight against Gülenist Terror Group (FETÖ), PKK and Daesh are among the top issues on the agenda between the two countries.

Economic relations and a possible sale of Patriot air defense systems are also expected to be discussed in meetings.

The delegation, which arrived in Turkey after conducting talks in Israel, is expected to leave Turkey on Tuesday.

"Looking forward to visiting Israel and Turkey in January," Bolton tweeted last week. "We will discuss our continued work confronting security challenges facing allies and partners in the region, including the next phase of the fight against [Daesh], as the U.S. begins to bring troops home from Syria," he said.

For Turkey, coordination of the withdrawal is very important. Turkey does not want any power vacuum in the region after the U.S. withdrawal. Turkey wants to see a clear map for withdrawal as well as the Manbij roadmap finalized before the pullout is completed.

Efforts to extradite Fetullah Gulen, its U.S.-based leader, and other FETÖ members are among the issues to be raised in the meetings.