Turkey’s pending operation against YPG not tied to US withdrawal from Syria: FM 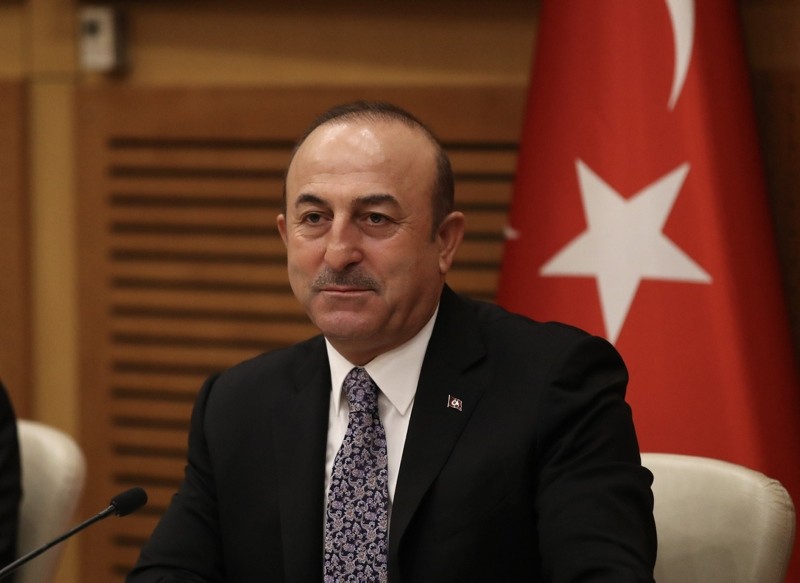 Ankara has said its military operation against the PKK-affiliated People's Protection Units (YPG) in northern Syria could go ahead regardless of a U.S. pullout from the region, amid inconsistent policy moves from Washington.

"Whether they leave or not, we will still do everything necessary to ensure our national security. Our operation does not depend on the [existence of] U.S. troops. We are determined on the issue, but we will decide the timing on our own, without asking permission from anyone," Foreign Minister Mevlüt Çavuşoğlu said Thursday in an interview with the private broadcaster, NTV.

He said that although President Recep Tayyip Erdoğan delayed the operation east of the Euphrates, following the U.S. announcement of a withdrawal plan, Turkey was ready to execute the offensive even if the withdrawal process was stalled under unrealistic pretexts.

In relation to the multifaceted turmoil within the Trump administration on the withdrawal, Çavuşoğlu said that top U.S. military commanders were exerting efforts to undermine Trump's decision by portraying the Turkish operation as being carried out against Syrian Kurds. For Turkey, however, the promise made by Trump would prevail rather than the officials' remarks.

He touched on YPG atrocities against Kurds and said that the YPG was not the same as Kurdish people and everyone knows that really well. "Pompeo, as a former CIA Director, should know this better than anyone else," he said, adding that Pompeo and other U.S. officials have already backtracked on the matter.

On Wednesday, Pompeo backpedaled from his earlier statement, stressing that, "Washington acknowledges there is a threat to Turkey from terrorists, and we will be very supportive."

Addressing concerns as to whether Turkey's refusal to fulfill any preconditions to the withdrawal would put the move at risk, he indicated Trump's decision to withdraw is very clear. Pompeo added yesterday that the U.S. will withdraw its troops from Syria while continuing to finish the battle against Daesh.

On the future of the weapons provided to the terrorist organization by Washington, Çavuşoğlu said it would be unrealistic to expect the U.S. to take back all the weapons provided to the YPG, but it made a promise. He added that even Russian calls for the YPG to lay down arms are an indication of how dangerous the terrorist organization actually is.

Stressing that Ankara wants to coordinate with the U.S. on its withdrawal, Çavuşoğlu said that the U.S. should prevent the terrorist organization from taking advantage of the power vacuum created by the pullout. He pointed out that diplomatic contact has been planned for the near future for the withdrawal process to proceed in line with maintaining Syria's territorial integrity.

On the other hand, Çavuşoğlu said that if Ankara and Washington could have reached a compromise in the Manbij deal, the current situation would never have happened. Adding that they conveyed the need to proceed with the Manbij road map to the U.S. officials, Çavuşoğlu said that this road map is the best possible way and should be applied to the other regions in Syria as well.

In early June, Turkey and the U.S. inked a deal, known as the Manbij road map which set a three-month timetable to complete a number of tasks stipulated in the deal. The aim of the deal is to ensure security and stability in the province by eliminating YPG terrorists and ultimately handing the administration of the province to a body consisting of local people.

Yet, Ankara says progress in the deal has been "sluggish" and slower than initially planned due to what has been described as the U.S.' disingenuous attitude toward the plan.