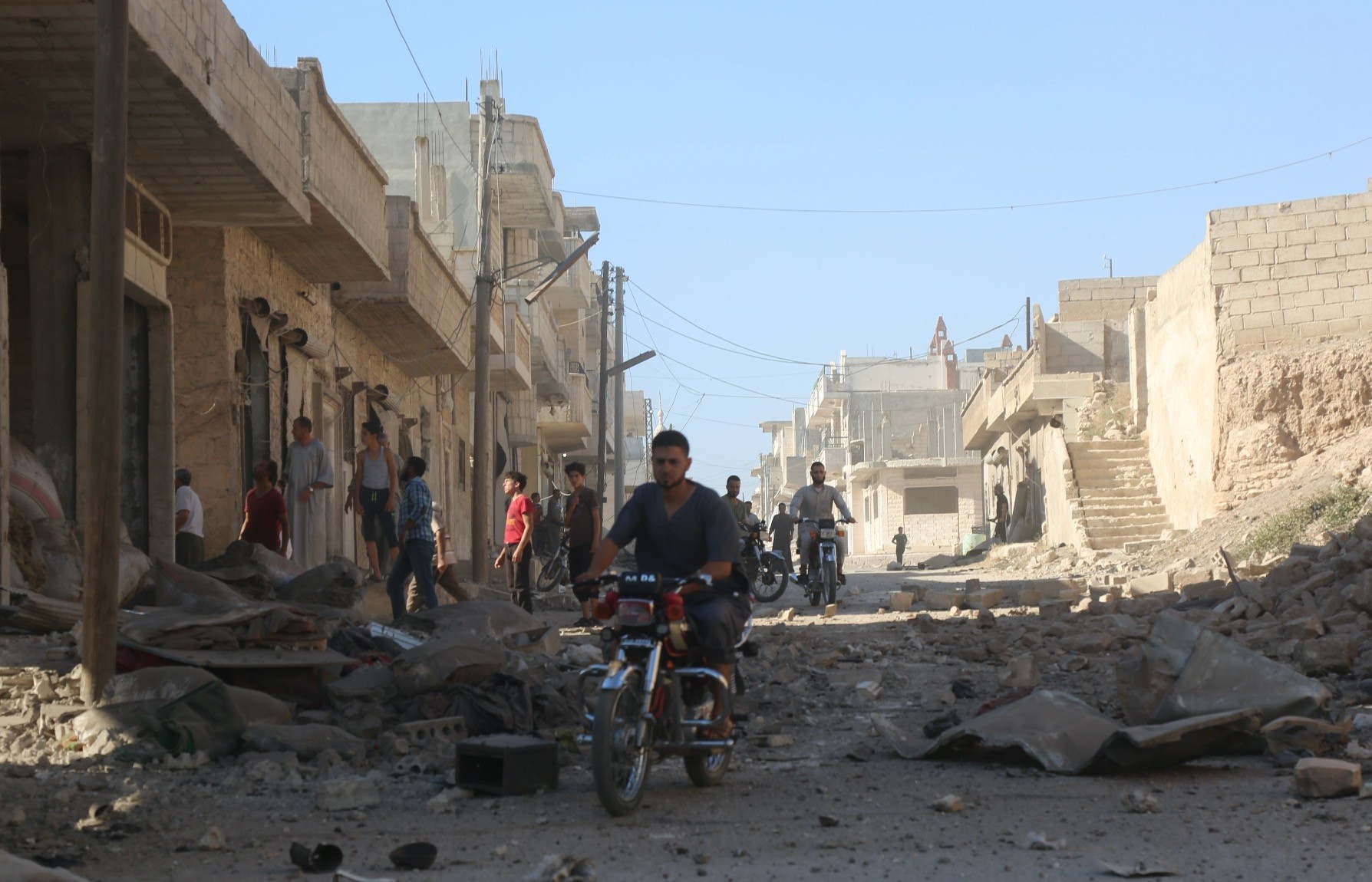 Sochi deal agreed in September 2018 to establish a demilitarized zone in Idlib in order to decrease tension caused by regime attacks and prevent a new conflict in the province.
by Nur Özkan Erbay Jan 14, 2019 12:00 am

Despite some recent tensions in Idlib, particularly the growing strength of terrorist organizations like the HTS, Turkey is determined to keep cooperating with Russia to establish peace in the region through the Sochi deal

Turkey is determined to continue its close cooperation with Russia in northwestern Syria's Idlib following worrying developments in the province regarding the strengthening of certain terrorist organizations.

"All efforts are being made to maintain the cease-fire and stability under the Sochi agreement. Our close cooperation with Russia continues in this manner," Defense Minister Hulusi Akar said on Saturday.

On Thursday, media outlets reported that after two weeks of clashes, the Hayat Tahrir al-Sham (HTS) terrorist group and the Free Syrian Army-backed National Liberation front (NLF) agreed on a cease-fire. As a result of the clashes, the NLF announced that it took control of the town of Salwa in the Idlib countryside; whereas the HTS announced that it took control of areas in Idlib's south, including al-Faqi, al-Fattirah, Sfouhan, Ourembe and Tarmalah.

The clashes started in late December in Aleppo and intensified in the last two days, spreading to Idlib's north and southeast, including the western countryside of Aleppo province, the town of Atmeh, the tent area in Idlib and the northwestern Hama province.

The reports during the clashes and their aftermath are considered to be alarming by many due to the possibility that it may harm a deal between Turkey and Russia that was signed to establish peace in the region. Following a meeting last September in the Russian city of Sochi between President Recep Tayyip Erdoğan and Russian counterpart Vladimir Putin, the two sides agreed to set up a demilitarized zone in Idlib - in which acts of aggression are prohibited.

According to the 10-article memorandum between Ankara and Moscow, the Idlib de-escalation area will be preserved, and Turkish observation posts will be fortified and continue to function. Russia will also take all necessary measures to ensure that military operations and attacks on Idlib are avoided, and the existing status quo is maintained. The agreement also envisages the removal of "all radical terrorist groups" from the demilitarized zone by October 2019.

According to Ömer Özkizilcik, a security analyst at the Foundation for Political, Economic and Social Research (SETA), there is confirmed information regarding cease-fire agreement between HTS on one side and Ahrar al-Sham and Suqour al-Sham on the other side, and it is confirmed that the group controls 70 percent of the province militarily.

Expressing that, in his opinion, the implementation of the Sochi deal may be interrupted due to this expansion of the HTS, Özkizilcik said that despite these negative developments, the agreement is far from failing.

"This situation does not mean that Sochi agreement will be suspended," he said, underlining that neither Turkey nor Russia would compromise from their stance in the province.

Turkey designated the HTS as a terrorist group in August 2018. The terrorist group is the most powerful terrorist alliance in Idlib, the last major opposition-controlled enclave outside Bashar Assad's control. After the fall of Aleppo in November 2016, dozens of opposition groups, including Ahrar al-Sham and the HTS, squeezed into Idlib.

"We cannot accept the fact that there are 3.5 million people will become a target," he further said, underlining that they keep their faith in the Sochi deal.

"Turkey and Russia should continue their efforts for a sustainable political solution. We don't prospect any success for any military operation [by the regime forces]. Besides, there are millions of civilians including Turkmens living in Idlib and Homs. Where will they go [in case of a regime attack]?" Cuma continued. "We pursue our belief that Turkey will continue and push its efforts to protect civilians and prevent a humanitarian crisis in accordance with the Sochi agreement."