Turkey will not be intimidated by US threats, Turkish officials say 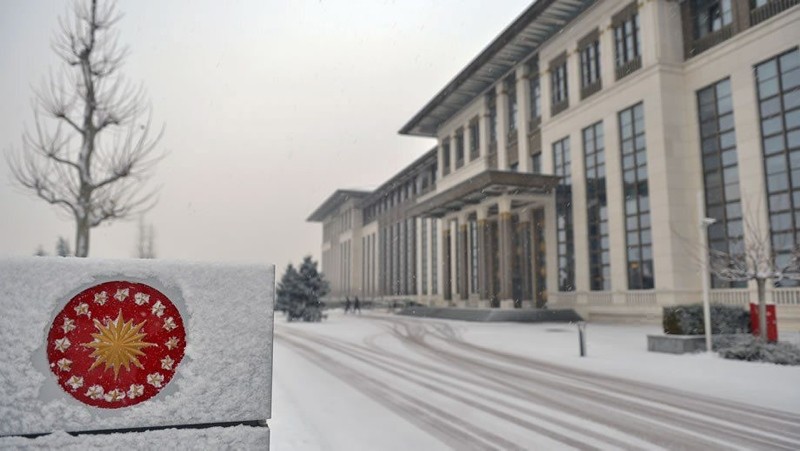 Turkish officials criticized controversial statements made by U.S. President Donald Trump on Monday, saying that Turkey will not be intimidated by threats, while urging the latter to refrain from being allies with terrorists, reiterating once again that Turkey does not have any problems with the Kurds and is only against PKK terrorists and their extensions in Syria.

Foreign Minister Mevlüt Çavuşoğlu responded to Trump's messages by saying that Turkey will not be intimidated by threats and will take necessary measures against the terrorist threat.

Çavuşoğlu noted that Trump has been under tremendous pressure following the decision to withdraw U.S. troops from Syria and that his Twitter messages are a matter of domestic politics.

"We have said this over and over again that Turkey will not be intimidated by threats," Çavuşoğlu said, adding that the U.S. should seek a solution rather than threaten Turkey.

Moreover, Çavuşoğlu noted that the idea about establishing a 30 km safe zone was proposed by President Recep Tayyip Erdoğan before Trump.

"Mr @realDonaldTrump Terrorists can't be your partners & allies. Turkey expects the US to honor our strategic partnership and doesn't want it to be shadowed by terrorist propaganda," Kalın said in a tweet on Monday, adding that it is a "fatal mistake" to equate Syrian Kurds with PKK terrorists.

"Turkey fights against terrorists, not Kurds. We will protect Kurds and other Syrians against all terrorist threats," Kalın added.

Presidential spokesman also said there was no difference between Daesh, PKK, PYD and YPG and Ankara would continue to fight them all.

Meanwhile, Presidency Communications Director Fahrettin Altun said Turkey has no problems with the Kurds and that its problem is with the PKK terrorist organization and its Syrian extensions.

"Turkey is not the enemy but the protector of the Kurds," Altun said, adding that the country will continue to fight PYD/YPG terrorists in a determined manner.

Earlier on Monday, Trump on Twitter said the U.S. was starting "long overdue" pullout from Syria and Washington would strike from a nearby existing base if Daesh started to reform.

Trump also said Washington would "economically devastate" Turkey if Ankara decided to strike against the U.S.-backed YPG militants in the region.

The president also warned the YPG to not to provoke Ankara and proposed a 20-mile safe zone.

Turkey says the weapons are ultimately transferred to the PKK - designated as a terror group by the U.S., Turkey and the EU - and used against Turkey.