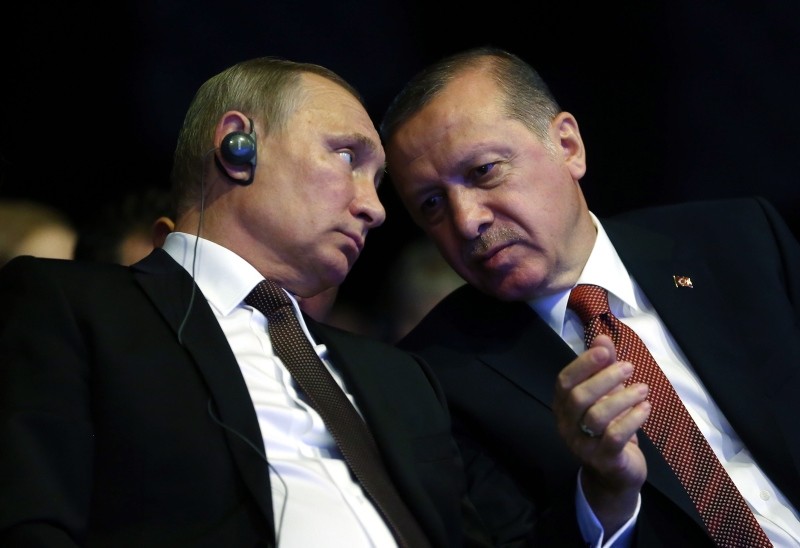 Turkey does not want to see the success of its cooperation with Russia as part of the Astana process depreciated, President Recep Tayyip Erdoğan said in an article published in a Russian daily Tuesday.

Erdoğan stressed that this was why Ankara wanted to continue close partnership with Moscow, as Turkey is determined to help restore peace and stability in the Middle East.

According to the president, Turkey and Russia must continue to coordinate their actions to protect Syria's territorial integrity and ensure political representation for the whole spectrum of Syrian society and return of Syrian refugees to their homes.

Erdoğan pointed out the Idlib agreement as clear evidence of the fact that Turkish-Russian cooperation serves the interests of both countries and the Syrian people.

Slamming U.S. support for the PKK terror group's Syrian offshoot the Democratic Union Party (PYD) and its armed wing the People's Protection Units (YPG), Erdoğan criticized U.S. officials who ignore the fact that the PKK/YPG terrorists do not represent the Kurdish people, but, on the contrary, oppress them.

"We are not going to ask anyone what to do with a terrorist group whose activities have been targeting our citizens for more than 30 years, or ask for permission to fight terrorism," Erdoğan wrote.

The president said Turkey and Russia must work together to rebuild Syria and ensure security and stability in the country.

"This is the only way to put an end to terrorism, to prevent the re-emergence of terrorist organizations, primarily Daesh, and thus protect Syria from outside interference," he added.

According to Erdoğan, elimination of instability on Turkey's southern border is only possible with cooperation and joint action with its "friends and allies." He called for a decisive struggle against both Daesh and the PYD/YPG.

"The problems that exist in our region can be permanently solved only by those peoples whose lives depend on the fate of this region. The time when politics was determined by newspaper headlines and social media campaigns has passed," he said.

Erdoğan concluded the article by saying Turkish-Russian cooperation "will help in the fight against terrorism, and will ensure stability and peace."