Filipino Muslims to look for Turkey's support after autonomy vote 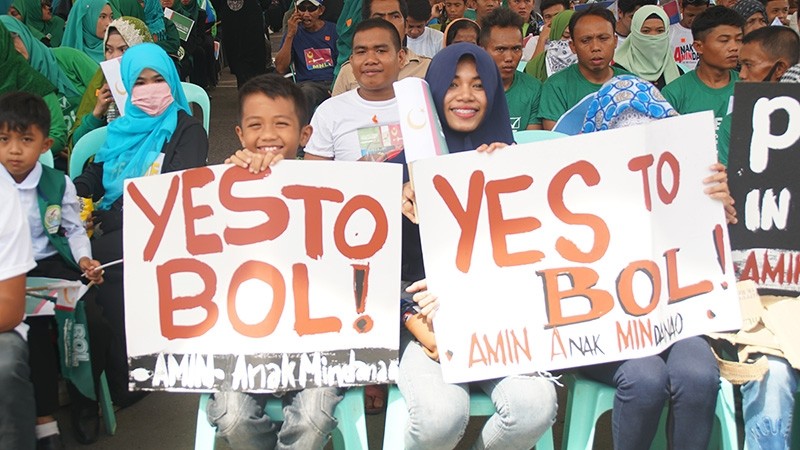 "We need Turkey's help and support in this new process. We urge Turkey to help us in education and development and to boost its support to us," Al Haj Murad Ebrahim told Anadolu Agency.

The referendum, starting tomorrow, is set to grant the Bangsamoros or Moros -- a collective term for Filipino Muslims living in Mindanao in the southern Philippines -- long-awaited comprehensive autonomy.

The referendum is set to begin on Monday in two cities, with a second round to be held on Feb. 6 in other areas in the neighboring region, to ratify the Bangsamoro Organic Law (BOL).

Once the bill is ratified, the Bangsamoro Autonomous Region in Muslim Mindanao (ARMM) will be created.

"We see everyone as one and equal. Our new government will be inclusive. All rights will be respected. Local people, Christians, and all sections of other communities will take part in this government," Ebrahim said.

"We're excited to take this period to increase our contact even more with Turkey," he added.

Speaking at a rally for BOL ratification on Friday in Cotabato City, Philippines President Rodrigo Duterte urged voters to approve the new law.

Freedom for Muslims in the region was taken away by Americans in 1898 when the Spanish, who had occupied the Philippines in the 16th century, left the country to the U.S.

The Bangsamoro people, already deprived of freedom during the U.S. occupation, also faced dire straits due to the Christian settlement policy of the Manila government, when Americans left the region to Philippine Christians after managing it until 1946.

The BOL is set to increase legal and economic gains for Muslims in the region. With the establishment of the Bangsamoro government, courts of Islamic law will be opened in the region.

Regional authority will be handed over from the capital Manila to the Bangsamoro government.