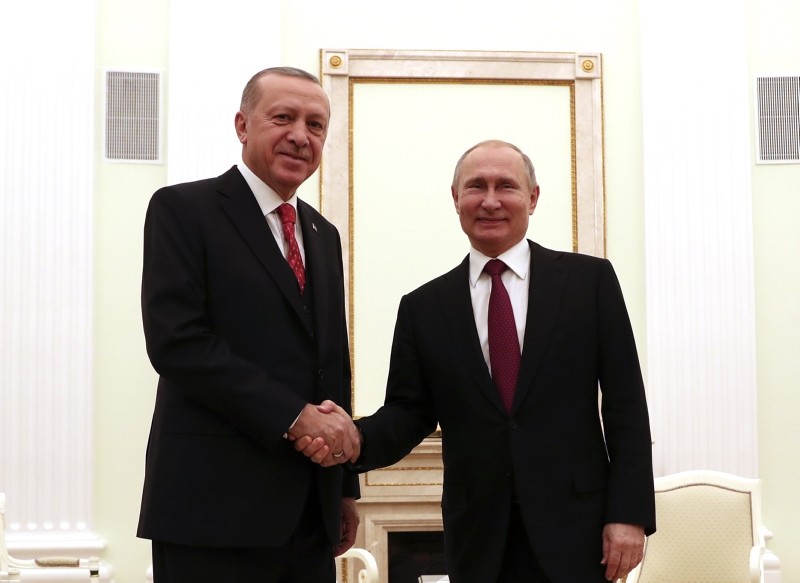 The Russian embassy in Ankara became the latest to join the viral #10yearchallenge but with a semi-serious take on the social media trend.

The first photo was from May 16, 2009 when Erdoğan and Putin were both prime ministers at the time and held a bilateral meeting in Sochi that focused on solidifying and expanding trade between the two countries and steps to take for peace in their neighbouring regions, particularly to solve issues such as the Nagorno-Karabakh problem, the Middle East dispute and the Cyprus issue. Erdoğan had called Putin his "dear friend" during his visit to the country.

Years later, in September 2018, Sochi became the unofficial headquarters of Turkish-Russian cooperation after both sides agreed to set up a demilitarized zone – in which acts of aggression are expressly prohibited – in Syria's Idlib province, taking a solid step towards stabilization and peace in the war-torn country.

The second photo is from January 23, 2019 when Erdoğan and Putin, this time round both presidents of their countries, held a meeting in Moscow on a political solution to the Syrian crisis, centered around the Astana process, sponsored by the two countries and Iran. The presidents assured that Turkey and Russia didn't have any disagreements about a planned safe zone in northern Syria and were on the same page regarding the Syrian constitutional committee.

Both leaders are currently preparing for another summit on Syria with Iran in Russia, most likely to take place in February, according to Erdoğan.