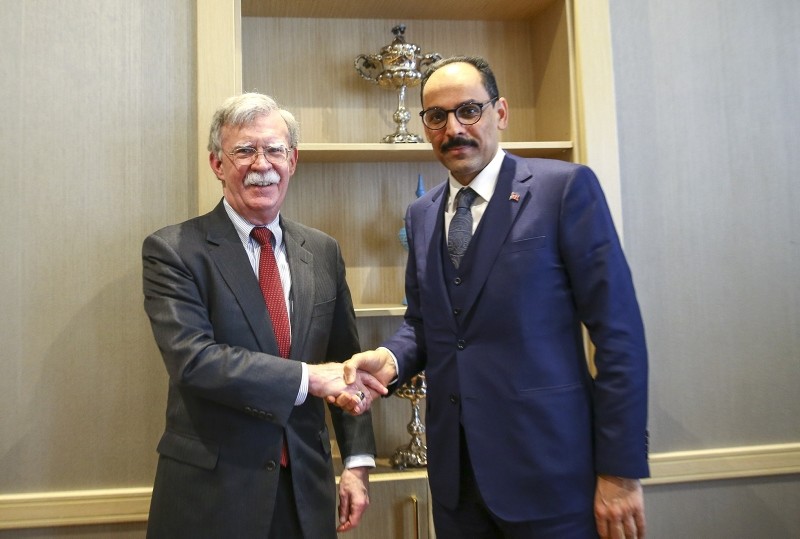 Kalın and Bolton spoke about the coordination between both countries over the U.S.' withdrawal from Syria, as well as the establishment of a terror-free safe zone along Turkey's border in northern Syria.

The duo also agreed on the importance of implementing the Manbij roadmap and discussed U.S. President Donald Trump's planned visit to Ankara.

On Dec. 19, Trump announced an immediate withdrawal of troops from Syria but later said that he did not have a specific time limit for the pullout, signaling an extension of the presence of U.S. troops on the grounds. The move caused concern among allies and prompted the resignation of his then-defense chief Jim Mattis.

The idea of the safe zone, although mentioned several times by Erdoğan over the years, surfaced once again after the Turkish pesident held a phone call with U.S. President Donald Trump.

Erdoğan announced that Turkey would establish a safe zone along the length of its Syrian border with the assistance of U.S.-led coalition forces. The president also mentioned the issue during his recent visit to Russia.

Meanwhile, the Manbij roadmap was announced after a June 4 meeting in Washington between Turkish Foreign Minister Mevlüt Çavuşoğlu and U.S. Secretary of State Mike Pompeo. The deal focuses on the withdrawal of the PKK-affiliated People's Protection Units (YPG) terror group from the northern Syrian city and on stability in the region.