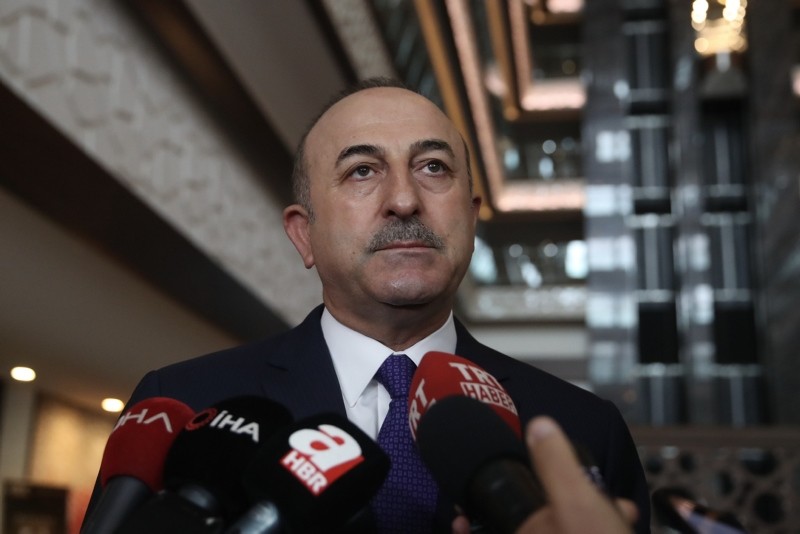 "We have been saying since the beginning. Such foreign interventions are not healthy and not right. They will not offer a solution. They will only deepen the problem. God forbid, the country [Venezuela] even can be dragged into a civil war," Çavuşoğlu told reporters in Romania.

The minister said other countries should engage in dialogue instead of taking sides.

His remarks came a day after the European Parliament recognized Venezuela's opposition leader Juan Guaido as the legitimate interim president.

EU lawmakers voted 429 in favor to 104 against, with 88 abstaining, at a special session in Brussels to recognize Venezuelan congress head Guaido, who illegally declared himself interim president last week. The European Union was nervous at the precedent of a self-declaration and has been reluctant to follow the United States and most Latin American nations with immediate recognition of Guaido.

Venezuela has been rocked by protests since Jan. 10 when President Nicolas Maduro was sworn in for a second term following a vote boycotted by the opposition. Tension climbed when Guaido proclaimed himself the acting president on Jan. 23.

"Nobody should disrespect the will of Venezuelan people," Çavuşoğlu said, referring to the elections that brought Maduro into power.

He called for dialogue and cooperation to solve the problem in Venezuela.