Turkey, Russia to enhance efforts for solution in Syria 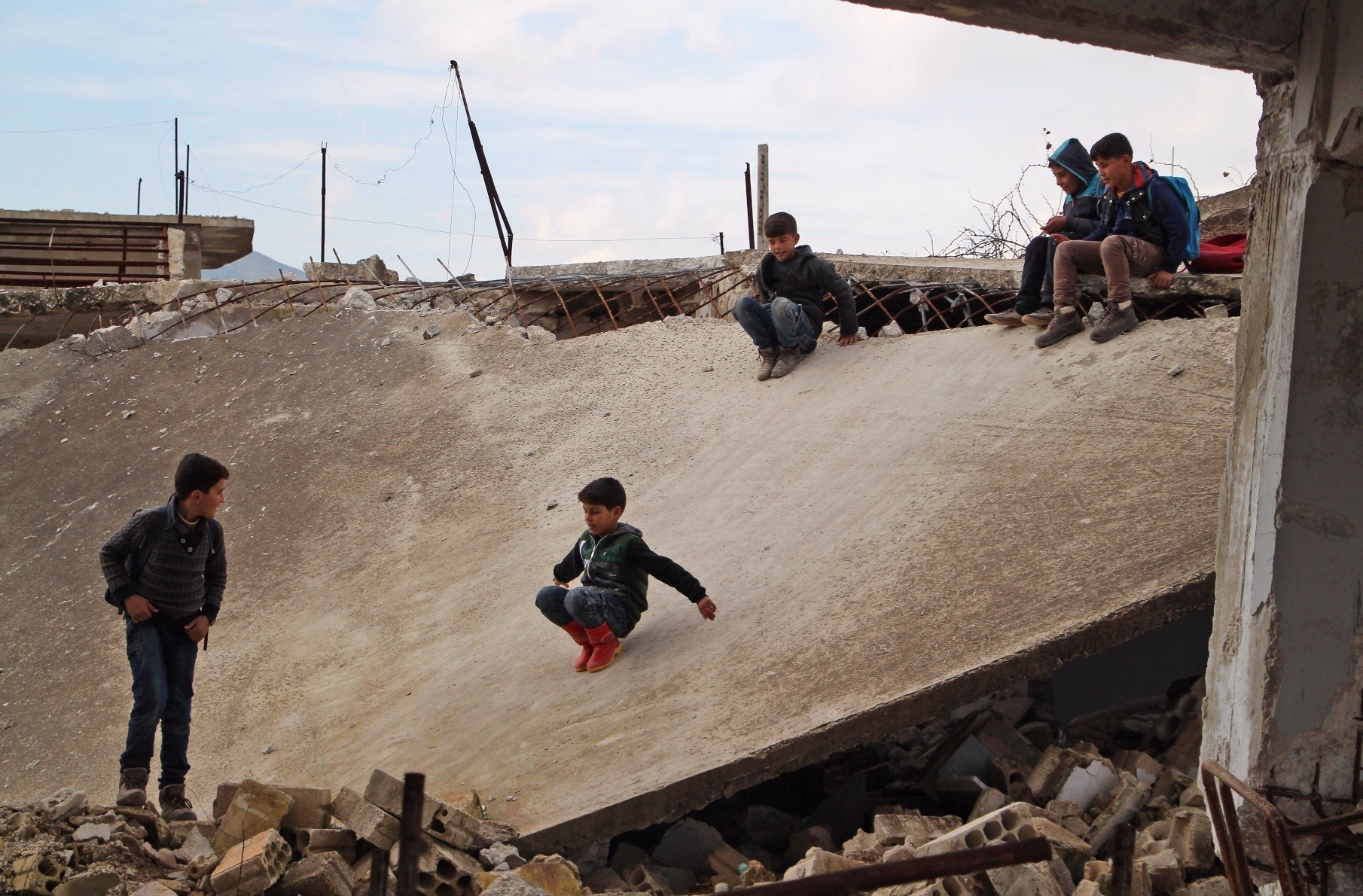 Emphasizing the close relationship between the two countries by referring to the frequent meetings of the two presidents, officials are hopeful that Turkish-Russian cooperation will be beneficial for Syria's future

Ankara and Moscow are continuing to work together to find a permanent, political solution to the seven-year-long civil war in Syria, according to Turkish and Russian officials. Speaking at a panel on Turkish-Russian relations yesterday, the Russian ambassador to Ankara Alexei Erkhov said that Ankara and Moscow were closely cooperating on Syria and there has been some serious work to establish a constitutional committee in Syria by the Astana guarantor countries, Turkey, Russia and Iran. "We are maybe far from the end but bloodshed has stopped, and we stand for a long term settlement in political means and support Syria's territorial integrity," he said.

The first meeting of the Astana process was held Turkey in January 2017 with an aim to bring all warring parties in the Syrian conflict to the table to facilitate U.N. sponsored peace talks in Geneva. The talks support the establishment of the U.N.-backed constitutional committee in Syria to find a political solution. The planned constitutional committee will be tasked to carve out a Syria's post-war constitution, which is seen as a stepping stone to elections in the war-torn country. Until today 11 rounds of talks have been held.

Touching on the Sochi deal, another agreement reached between Ankara and Russia to maintain stability in Idlib, Foreign Minister Mevlüt Çavuşoğlu said yesterday that some Western countries have provoked the Hayat Tahrir al-Sham (HTS) terrorist organization to undermine the deal.

"They [Western countries] give money and support [to the HTS]. I don't think that the HTS has increased its influence but there is [more] aggression. They had to retreat from some regions, now they are trying to return to these places," he told a group of journalists in Ankara.

In September 2018, Ankara and Moscow agreed, following their talks in Sochi, to establish a demilitarized zone in Idlib in order to decrease tension and prevent a new conflict in the province.

According to the 10-article memorandum, signed between President Recep Tayyip Erdoğan and Russian President Vladimir Putin during the meeting, the Idlib de-escalation area will be preserved, Turkish observation posts will be fortified and continue to function. Russia will also take all necessary measures to ensure that military operations and attacks on Idlib are avoided, and the existing status quo is maintained.

Commenting on the humanitarian situation in Idlib, the U.N. humanitarian chief Mark Lowcock urged Syria's warring parties on Wednesday to ensure the delivery of aid to Syrians stranded near the border with Jordan. He underlined the significance of maintaining the Idlib deal in terms of preventing a catastrophe.

"Today I reiterate the importance of sustaining the Russia-Turkey agreement and remind you that a large-scale military operation in Idlib would have catastrophic humanitarian implications," he told U.N. Security Council members in a session.

Çavuşoğlu also said that the Adana agreement, which was recently brought to the agenda by Putin, gives Turkey the right to intervene in Syria against terrorism threats near its borders. "There is a notice in the agreement, which clearly indicates that Syria cannot harbor terrorists within the country or provide passage for them that come from other countries," he said.

The Adana agreement was signed between Turkey and Syria in October 1998, which clearly stated that Syria would not allow any PKK activities within its borders and would block any terror activities that would threaten Turkey's sovereignty.

Stressing that the PKK-affiliated People's Protection Units (YPG) has been playing the Washington and Moscow at the same time in Syria, Çavuşoğlu said that both powers were seeking good relations with the terrorist group in order to prevent them from swaying into the other's influence. "But now, the Russians have understood that the YPG is flirting with both sides and trying to wield them," he said.

Speaking on the developing economic relations between Ankara and Moscow, Russian ambassador Erkhov said that the two countries will continue to look for ways to reach the "$100 billion trade volume" target.

Aydar Gaşigullin, the trade representative of Russia in Turkey, underlined that bilateral volume has reached to $23.5 billion with a 16 percent increase last year. "While 2,000 Turkish companies continue their activities in Russia, 1,000 Russian companies are operating in Turkey. Also, two countries are working for the free trade agreement," he said.

In addition to enhancing political and economic relations, Turkey and Russia declared 2019 as tourism year to boost the number of Russian visitors to Turkey and Turkish visitors to Russia. Also, leaders of the two countries have been carrying out strong personal diplomacy. In 2018, Erdoğan and Putin met 25 times, including 18 face-to-face meeting and seven phone calls.

The Russian and Turkish militaries began a discussion on Syria in Moscow yesterday.

A high-level Turkish delegation, consisting of officials from the general staff, foreign and defense ministries and representatives of other relevant institutions, is holding a meeting with their Russian colleagues on a number of topics about the Syrian conflict, an anonymous diplomatic source from the Turkish side told Anadolu Agency (AA).

The two sides will discuss additional steps to fulfill the implementation of the Russian-Turkish memorandum on Syria's Idlib, the source said. Preparations for the trilateral summit to include the heads of states of Iran, Russia and Turkey, is planned for Feb. 14. It was also on the agenda, according to the source. The Turkish delegation will stay in Russia until Sunday.