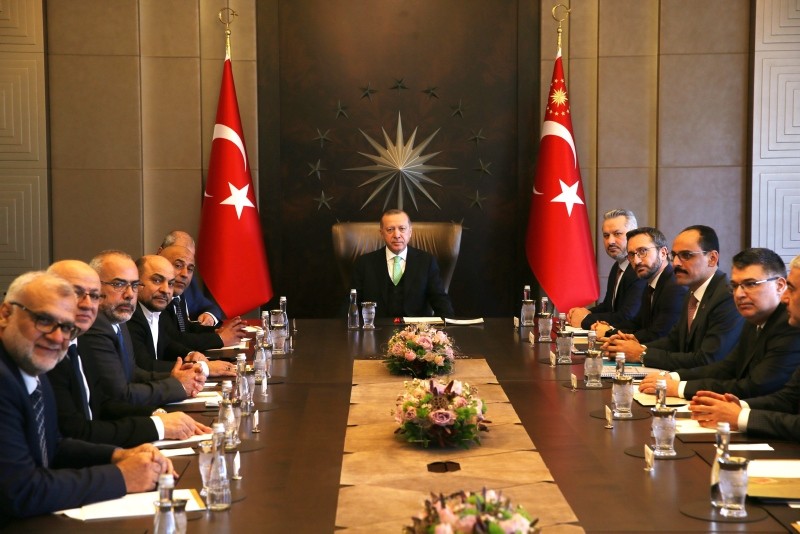 Turkey won't turn its back on the cause of Palestine and Palestinian people, President Recep Tayyip Erdoğan said Saturday at a meeting with Arab deputies of Israeli parliament Knesset.

During the two-hour meeting, Erdoğan said he uses all means available to end Israel's occupation in Palestine and the restoration of peace and calm in the region. "We will continue to share all means in our disposal with our brothers," he said.

Erdoğan thanked the deputies for the critical mission they have undertaken in representing the will of the Palestinian people in Israel's parliament.

Calling on Israeli Arab deputies to continue to act in unity, Erdoğan also said that he is grateful for their stance against the Israeli oppression in Gaza, the controversial Jewish nation state bill and slanders targeting Turkey.

He added that the bill clearly ignores the rights of Israeli citizens of Palestinian origin.

The legislation promotes Hebrew as the only official language, stripping Arabic as an official language while recognizing its "special status" in the country with a "united Jerusalem" as its capital.

The law risks further alienating the Arab minority who argue they already face discrimination from Israeli Jews and the government and already feel as though they are second-class citizens.

Palestinians who have Israeli citizenship make up 21 percent of the population and known as Israeli Arabs.