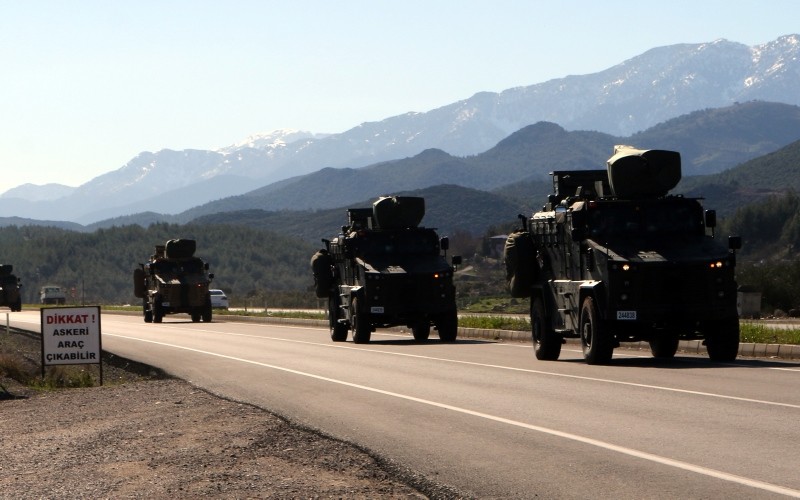 Ankara and Moscow share a mutual understanding about fighting all kinds of terrorism in Syria without harming the territorial integrity of Turkey.

The Ministry of National Defense said in a written statement on Saturday that a high-level Turkish delegation consisting of officials from the general staff, foreign and defense ministries and representatives of other relevant institutions, which went to Moscow last Thursday, concluded talks with Russian officials over recent developments in Syria.

"In the negotiations, the importance of mutual cooperation in the fight against all kinds of terrorism has been confirmed once again in respect to Syria's territorial integrity," the ministry said.

Ankara's security concerns for the PKK-affiliated People's Protection Units (YPG), the Astana talks, the Sochi agreements and the situation of the opposition-held northwestern city of Idlib were the main topics of the discussions.

The ministry added that both Turkish and Russian officials emphasized the importance and maintenance of cooperation in Idlib to ensure peace and stability despite all kinds of provocations.

In September 2018, Ankara and Moscow agreed, following their talks in Sochi, to establish a demilitarized zone in Idlib to ward off a likely regime offensive on the last enclave of the opposition and prevent a humanitarian catastrophe.

Under the deal, opposition groups in Idlib will remain in areas where they are already present, and extreme groups will evacuate the region while Russia and Turkey conduct joint patrols in the area to prevent renewed fighting.

However, some extreme groups recently have been trying to provoke the Sochi agreement.

In relation to the issue, Foreign Minister Mevlüt Çavuşoğlu said on Jan. 31 that some Western countries have provoked the Hayat Tahrir al-Sham (HTS) terrorist group to undermine the deal, adding that the group had to retreat from some regions and are trying to return to these places.

The ministry also noted that both sides shared a mutual perspective in regards to addressing Ankara's security concerns about the presence of the YPG and Daesh terrorist groups in the region.