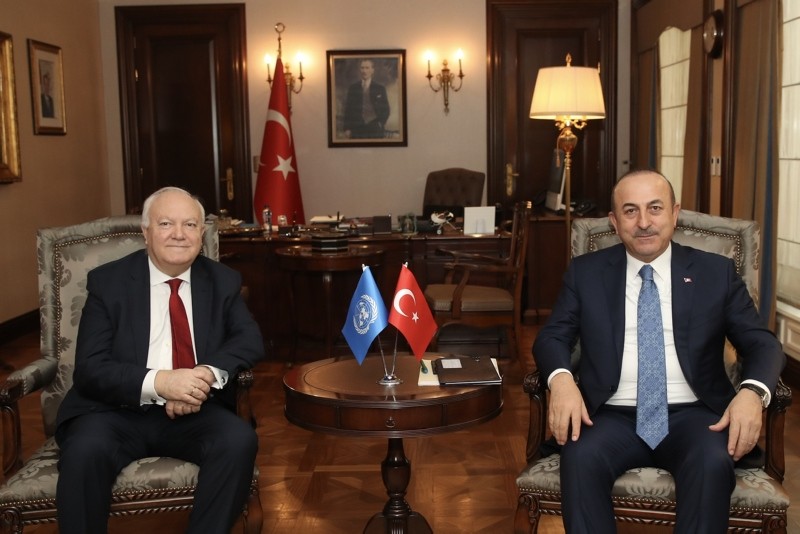 Turkey's foreign minister on Monday received a senior Spanish diplomat in the capital Ankara to discuss the Alliance of Civilizations, an initiative co-sponsored by Ankara and Madrid to build mutual respect among people of different cultural and religious identities.

Mevlüt Çavuşoğlu spoke with Miguel Moratinos, former foreign minister and High Representative of the U.N.'s Alliance of Civilizations, in a closed-door meeting at the Foreign Ministry, said a ministry source, who spoke on condition of anonymity due to restrictions on speaking to the media.

On Sunday, the Foreign Ministry said in a statement that Moratinos will visit Turkey on Feb. 4-5 at the invitation of Çavuşoğlu, and the two are expected to speak about activities of the Alliance of Civilizations in the months and years to come.

The Alliance of Civilizations is a political initiative founded in 2005 by then-U.N. Secretary-General Kofi Annan and co-sponsored by Turkey and Spain.

Moratinos assumed the position of the initiative's high representative in January 2018.

"We'll revive it to hold back extremist currents and boost intercultural and inter-civilizations dialogue through religion," he said.

"If we don't take these steps, reverse these trends, I'm afraid the world especially Europe will go back to the pre-World War II days, making them the victims of extremist and racist currents."