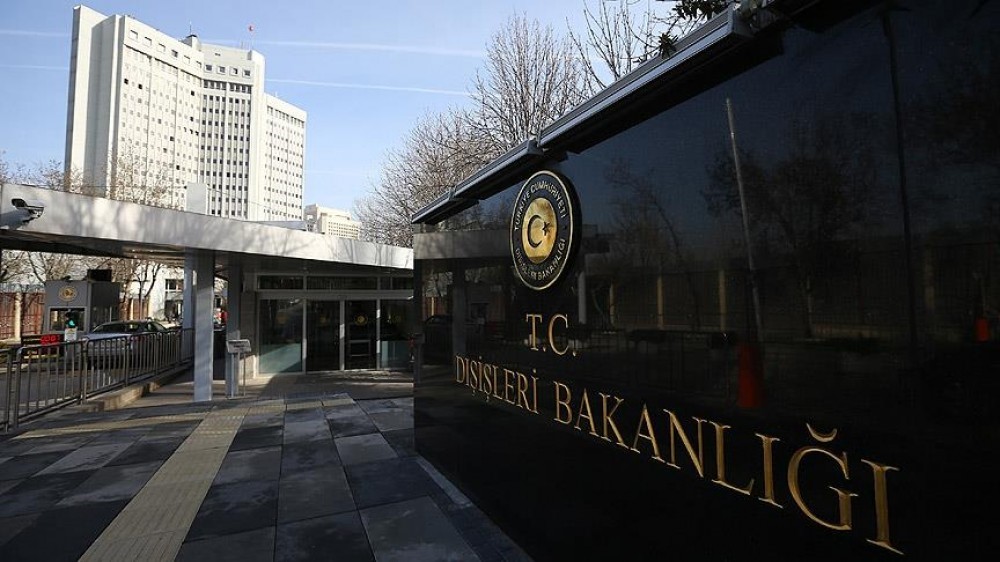 Turkey's Foreign Ministry has called on China to respect fundamental human rights of Uyghur Turks and shut down concentration camps on Saturday.

"China's systematic assimilation policy towards Uyghur Turks is a great embarrassment for humanity," the ministry said in a statement.

"It is no longer a secret that more than one million Uyghur Turks, exposed to arbitrary arrests, are subjected to torture and political brainwashing in concentration centers and prisons," said Hami Aksoy, spokesman of the ministry.

"Uyghurs, who are not detained in the camps, are also under great pressure. Our Uyghur-origin citizens living abroad cannot hear from their relatives living in the region," he added.

"We also call on the international community and UN Secretary-General to take effective steps to end the human tragedy in Xinjiang Region," he added.

"In such an environment, we've learned with great sorrow that dignified poet Abdurehim Heyit, who was sentenced to eight years in prison for his composition, died in the second year of his imprisonment," he said.

China's Embassy in Ankara called Aksoy's comments "completely unacceptable" in a lengthy response posted on its website that defended its policies in the northwestern region of Xinjiang, the Uighur homeland.

"We hope the Turkish side will have a correct understanding of the efforts made by China to legally deploy measures to effectively fight terrorism and extremism, withdraw its false accusations and take measures to eliminate their harmful effects," it said.

China's Xinjiang region is home to around 10 million Uyghurs. The Turkic Muslim group, which makes up around 45 percent of Xinjiang's population, has long accused China's authorities of cultural, religious and economic discrimination.

China stepped up its restrictions on the region in the past two years, banning men from growing beards and women from wearing veils and introducing what many experts see as the world's most extensive electronic surveillance program, according to The Wall Street Journal.

Up to 1 million people, or about 7 percent of the Muslim population in Xinjiang, have been incarcerated in an expanding network of "political re-education" camps, according to U.S. officials and UN experts.

In its last report released on last September, Human Rights Watch blamed the Chinese government for a "systematic campaign of human rights violations" against Uyghur Muslims in northwestern Xinjiang, an autonomous region in the country.

According to a 117-page report, the Chinese government conducted "mass arbitrary detention, torture and mistreatment" of Uyghur Turks in the region.

Beijing has intensified a security clampdown on Uighurs that was put in place after a bloody 2009 riot. Droves of Uighurs have fled, many traveling to Turkey, where the language and culture are similar to that in Xinjiang.

After months of denying their existence, Chinese authorities under increasing outside pressure acknowledged the system of camps, terming them vocational training centers. They have provided little or no information on how many are interned within them and how long they are being held.

Abdurrehim Heyit, an Uyghur poet and a musician renowned with his songs narrating Uyghur history and culture, was born in Kashgar city of Xinjiang Uyghur Autonomous Region, in 1964.

Heyit, who studied at a Fine Arts School in Kashgar, became a world-renowned poet in a short time with his songs that he sang with his dutar, a type of two-stringed instrument with a long neck that is found in Iran and throughout Central Asia.

Also known by many people in Turkey, the prominent musician gave a concert at Gazi University in Turkey's capital of Ankara, in 2015.

Heyit had been detained in Urumqi, in 2017 without being charged with any crime and sentenced to 8 years in prison. He was in the prison when he was died.