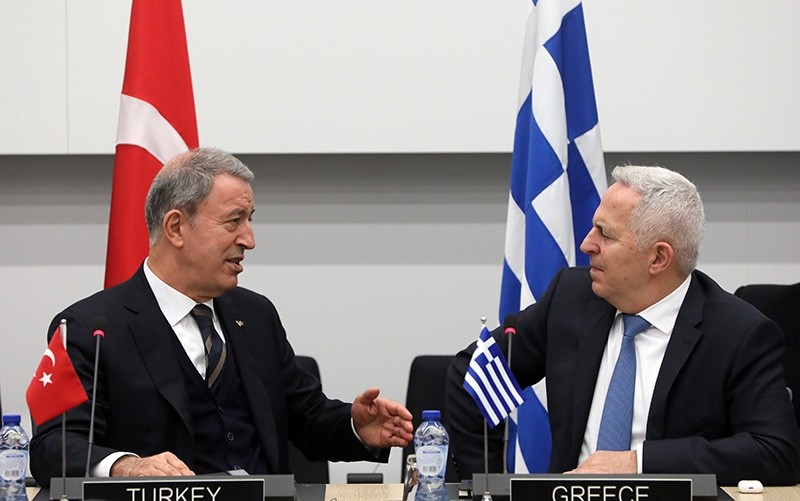 The Turkish and Greek defense ministers have agreed to establish technical working groups to address issues including confidence-building measures, the Turkish Defense Ministry said on Wednesday.

On the sidelines of a NATO meeting in Brussels, Turkey's Hulusi Akar and Greece's Evangelos Apostolakis met and discussed current issues between the two countries, the ministry said in a statement.

Akar said after the meeting that Ankara and Athens should work to find peaceful solutions to their problems.

During the meeting, recent developments in Syria were discussed, according to official sources.