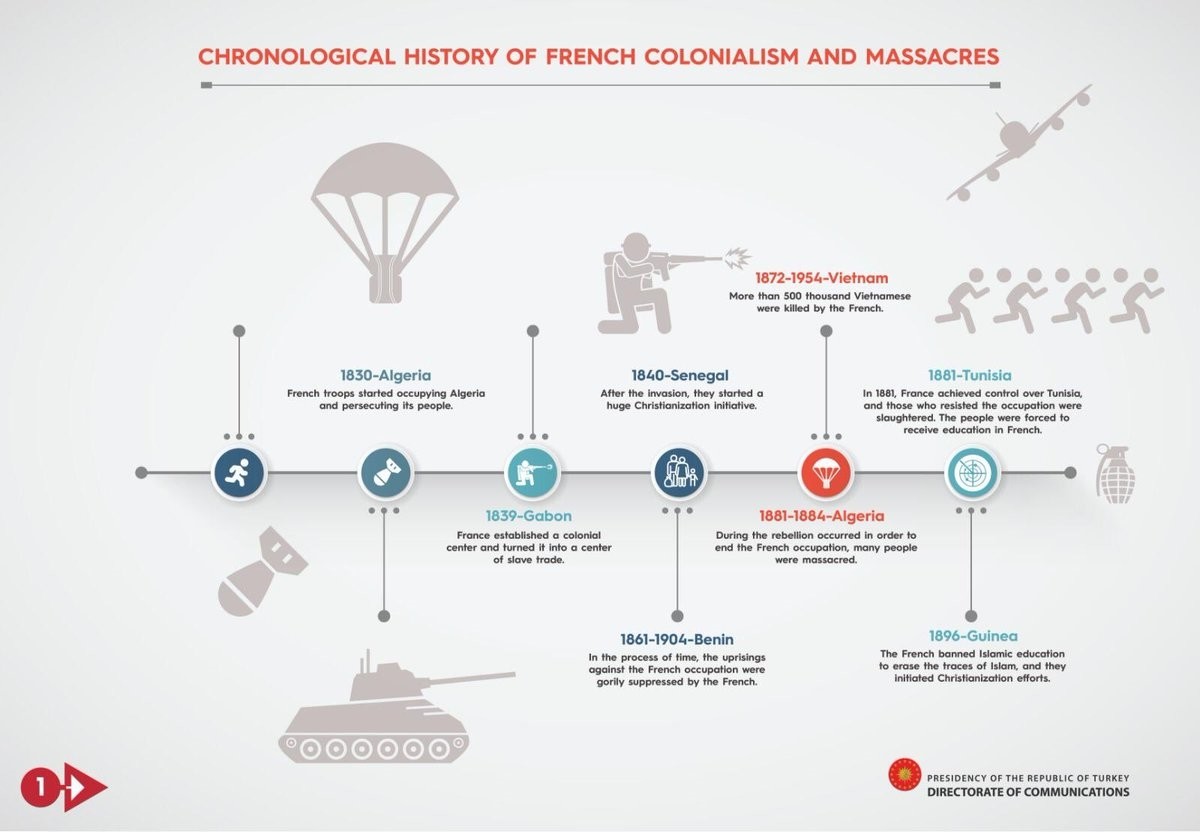 President Recep Tayyip Erdoğan on Friday criticized French President Emanuel Macron for the recent plan to declare April 24 as a national day to commemorate the controversial Armenian "genocide," saying that he needs to face the crimes committed throughout the world by his country.

"I told Macron that he is still new to politics and that he should learn his history," President Erdoğan said, speaking on a joint live broadcast on AHaber and ANews channels.

The president continued by saying that Turkey has no record of genocide in its history.

Erdoğan briefly went through the atrocities committed by French colonialists, starting with the Algerian example in 1830. 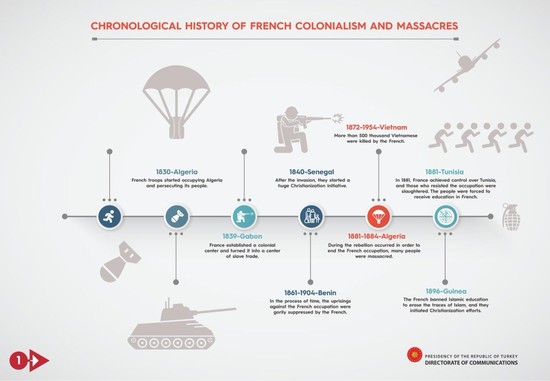 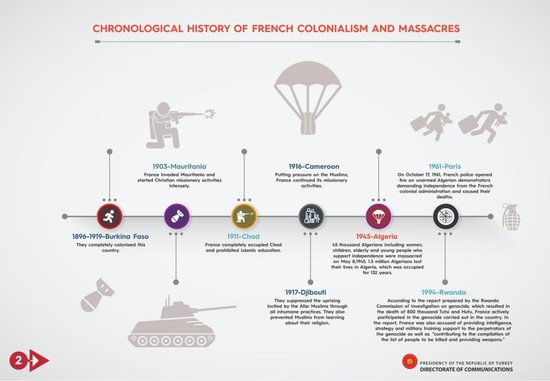 He noted that just after nine years, French colonialists established a center for the slave trade in Gabon.

Erdoğan noted that France used numerous countries as colonies, exploiting their wealth and resources, and tried to change the religion and language of these countries, such as Guinea, Benin, Mauritania, Burkina Faso, Chad, Cameroon, Djibouti, Algeria and Rwanda.

Turkey refutes the claims of "genocide" and says it is an attempt to defame the country. The annual commemoration on April 24 marks the deaths of Armenians who died in eastern Anatolia in the early years of World War I, when the Ottoman Empire's Committee of Union and Progress (CUP) government decided to deport Armenians to Syria when some sided with the invading Russians and revolted.

Poor conditions, disease and attacks from irregular units caused numerous casualties. Ankara does not accept the alleged "genocide" but acknowledges there were casualties on both sides during World War I.

Armenia claims up to 1.5 million Armenians were killed in an act of genocide by the Ottoman Empire in 1915. Turkey accepts the mass deaths of Armenians during their forced deportation during the war but claims the death toll was much lower.

Armenia demands recognition of the incidents as "genocide" in order to advance relations between the two neighboring countries.

In April 2014, Erdoğan, who was prime minister at the time, offered condolences for the Armenian deaths that occurred in 1915 – a first for a Turkish leader as the country froze diplomatic relations with Armenia both over the genocide issue and Armenian occupation of Nagorno-Karabakh, an enclave also claimed by Turkey's close ally, Azerbaijan. The move was seen as a significant step toward a possible reconciliation.

Many Armenians argue that denying allegations that the events of 1915 constituted "genocide" should be a crime, just as negating the Holocaust is. Lobbying efforts by Armenian diaspora whose number is high, particularly in France and the United States, helped to gain recognition of the incident as a "genocide." France was one of the first European states to recognize it and more than 20 other countries followed suit.