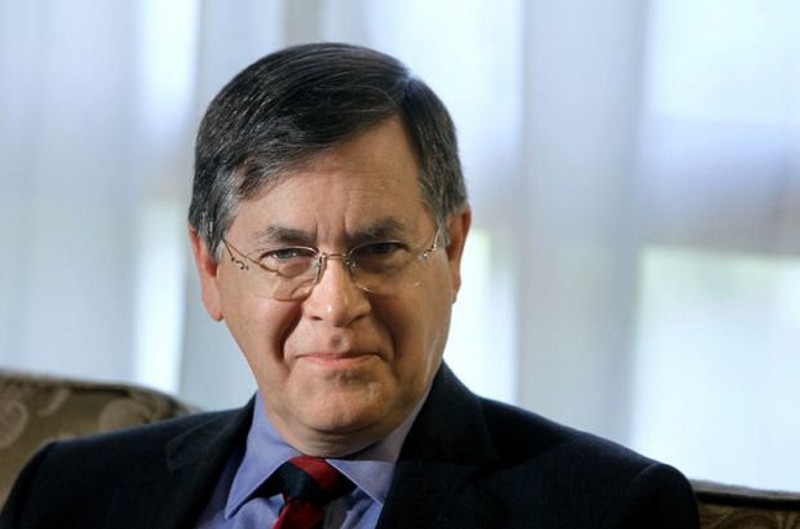 President Donald Trump intends to nominate David Satterfield, a veteran diplomat with deep experience in the Middle East, to be U.S. ambassador to Turkey, the White House said on Friday.

Satterfield has been the acting assistant secretary of state for Near Eastern Affairs since 2017. He has previously served as the deputy U.S. chief of mission in Iraq, ambassador to Lebanon, director for Near Eastern affairs on the National Security Council, as well as in Syria, Tunisia and Saudi Arabia.

"Previously, Ambassador Satterfield served as the Director General of the Multinational Force and Observers in Rome, Italy from 2014 to 2017 and 2009 to 2013," the White House said in a statement.

His appointment is not yet official as he must be confirmed by the Senate.

John Bass was the last serving American ambassador to Ankara from 2014 to 2017.

Bass, who is assuming the office of the U.S. ambassador to Afghanistan, left Turkey in October 2017 amid a visa crisis between Washington and Ankara. The post has been empty since then.

That followed the arrest of Metin Topuz, an employee at the U.S. Consulate in Istanbul, for alleged ties to the Gülenist Terror Group (FETÖ), the group behind the July 15, 2016 defeated coup in Turkey.

The conflict in Syria following Trump's announcement of a U.S. pullout and the future of lands controlled by the PKK-linked People's Protection Units (YPG), the fallout from the murder of Saudi journalist Jamal Khashoggi in the Saudi consulate in Istanbul, and Turkey's demand for the extradition of Fetullah Gülen from the United States are among the main issues in the two countries' relations.

President Tayyip Erdoğan welcomed Trump's decision in December to withdraw American troops from Syria. Washington has backed the YPG terrorists in the fight against Daesh while Turkey brands both groups as terrorist organization and wants the U.S. to cooperate and coordinate better with its allies and partners in the region.

Turkey, along with other European countries, is against renewed U.S. hardline stance against Iran. Erdoğan said in November Turkey would not abide by renewed U.S. sanctions on Iran's oil and shipping industries because they were aimed at "unbalancing the world," though Turkey greatly decreased its oil imports from the country.

Trump and Erdoğan have also taken different tacks in their response to the Oct. 2 killing of U.S.-based journalist Jamal Khashoggi at the Saudi consulate in Istanbul.

Trump has said he wants Washington to stand by the Saudi government and its de facto ruler, Crown Prince Mohammed bin Salman, despite a CIA assessment it was likely the prince had ordered the killing. Saudi Arabia has said the prince had no prior knowledge of the murder.

Ankara blames Riyadh for paving way for the murder committed on its soil and demands a transparent and open investigation.

Trump said in November that he was not considering extraditing Fetullah Gülen, whom Turkey sees a the primary culprit of the coup attempt and other crimes committed by FETÖ in its campaign to infiltrate into state institutions and remove their opponents.