Defense Min. Akar, Chief of Staff Gen. Güler to hold talks on Syria with US officials 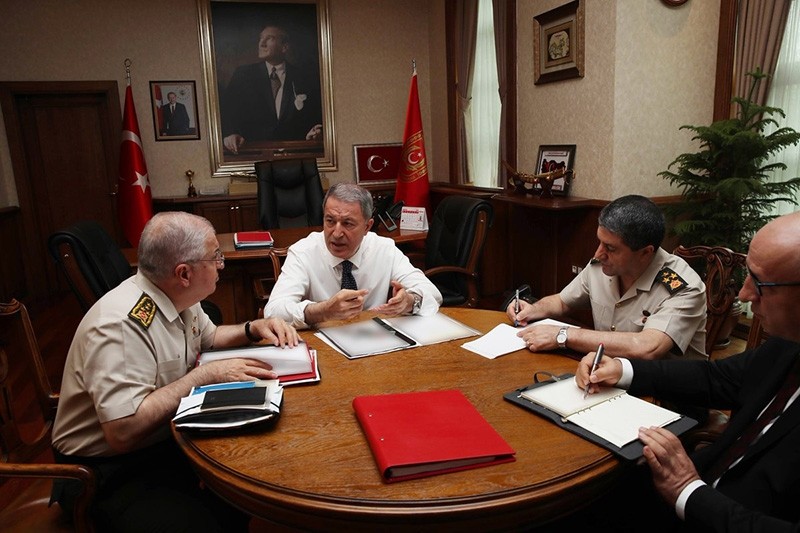 Defense Minister Hulusi Akar, Chief of Staff Gen. Yaşar Güler and an accompanying delegation will travel to the U.S. tomorrow for talks on Syria and regional developments.

Talks are expected to focus on bilateral relations and regional developments, particularly in Syria.

In December, U.S. President Donald Trump announced that the U.S. would withdraw its troops from Syria, saying that Daesh terror group was defeated. This development was quickly also interpreted as an intention to halt U.S. support for the Syrian Democratic Forces (SDF), which is an umbrella group consisting mostly of PKK-affiliated People's Protection Units (YPG) terrorists.

Days after Trump's announcement, President Recep Tayyip Erdoğan pledged that Turkey will take over the fight against the remnants of Daesh in Syria but put the likely operation east of the Euphrates against the YPG on hold.

Since then, the discussion has included the establishment of a safe zone in northern Syria. Since the presence of the YPG just on the other side of the border is a direct threat to Turkey, officials in Ankara have been stressing that a safe zone, free from YPG terrorists, should be under the control of Turkey, which is the main party concerned in the issue.