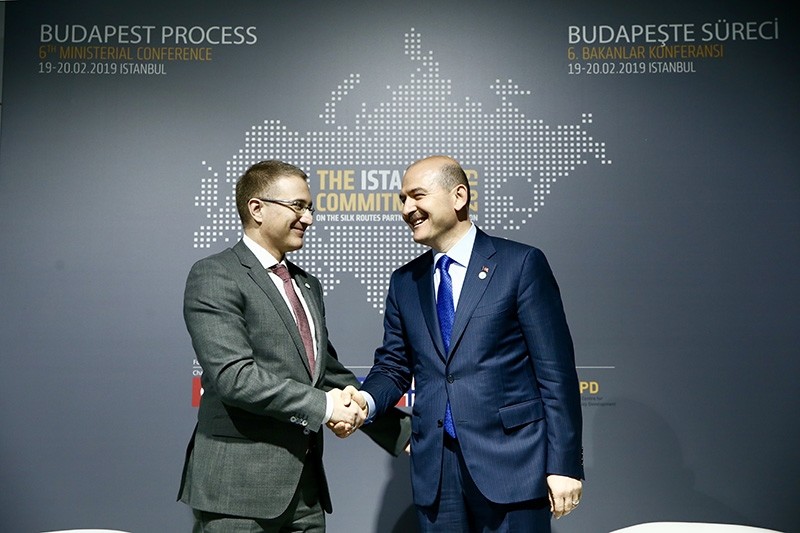 The Turkish and Serbian interior ministers on Wednesday agreed to improve relations in the security sector.

Süleyman Soylu hosted his Serbian counterpart Nebojsa Stefanovic in Istanbul on the sidelines of the Sixth Ministerial Conference of Budapest Process, an interregional forum on migration.

According to a statement released by Soylu's office, the meeting focused on strengthening bilateral economic cooperation.

The ministers also agreed to improve cooperation in the fight against organized crime, terrorism and drug trafficking, Stefanovic's office said.

The ministers also agreed that both countries play an important role in resolving the problem of illegal migration and cooperation in the fight against human smuggling.

Turkey and Serbia have been improving their relations in many fields for the past few years. Both countries' officials describe the relations at their peak as of 2018.

Earlier on Wednesday, Soylu also met Peter Szijjarto, the Hungarian minister of foreign affairs and trade, on the sidelines of the conference.

They discussed cooperation between the two countries as well as "the fight against all forms of terrorism" and migration.

They emphasized the strengthened economic relations between Ankara and Budapest.