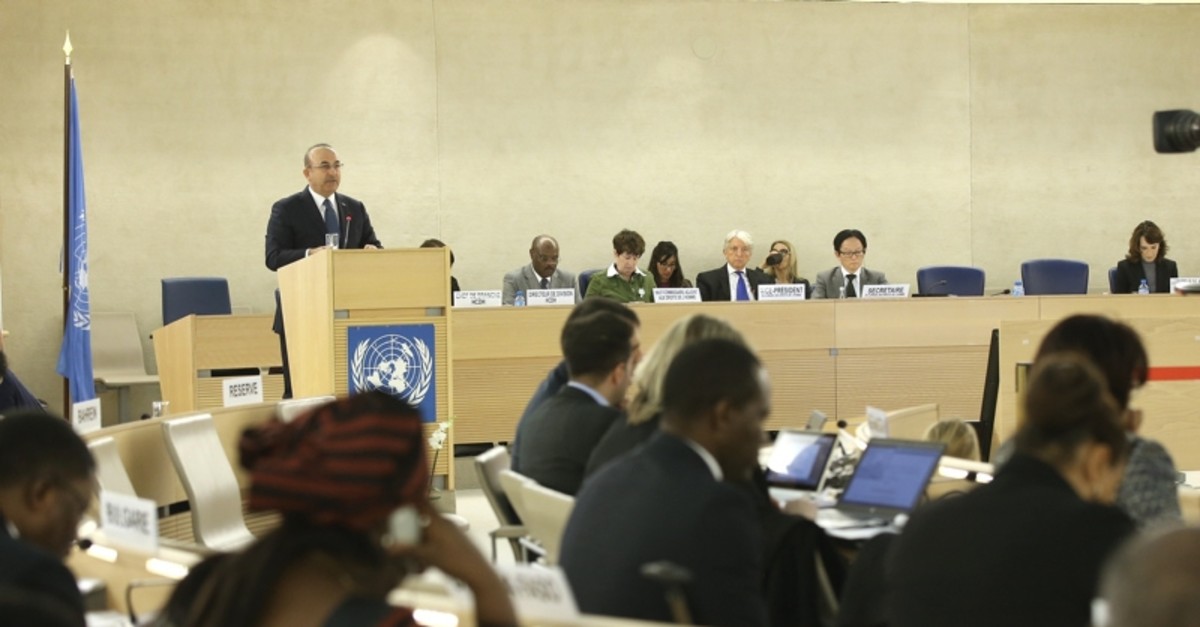 The foreign minister noted that common pledges are necessary for disarmament, while he urged the countries attending the conference to contribute to disarmament efforts.

Çavuşoğlu said Turkey recognized "China's right to combat terrorism," but urged the country to respect freedom of religion and to safeguard Uighurs' and other Muslims' cultural identities.

Turkey, which shares cultural and religious ties with the Uighurs, has been the only majority Muslim country to criticize Beijing over a wide-ranging crackdown of religion and minority languages. The Foreign Ministry called China's treatment of Uighurs "a great cause of shame for humanity."