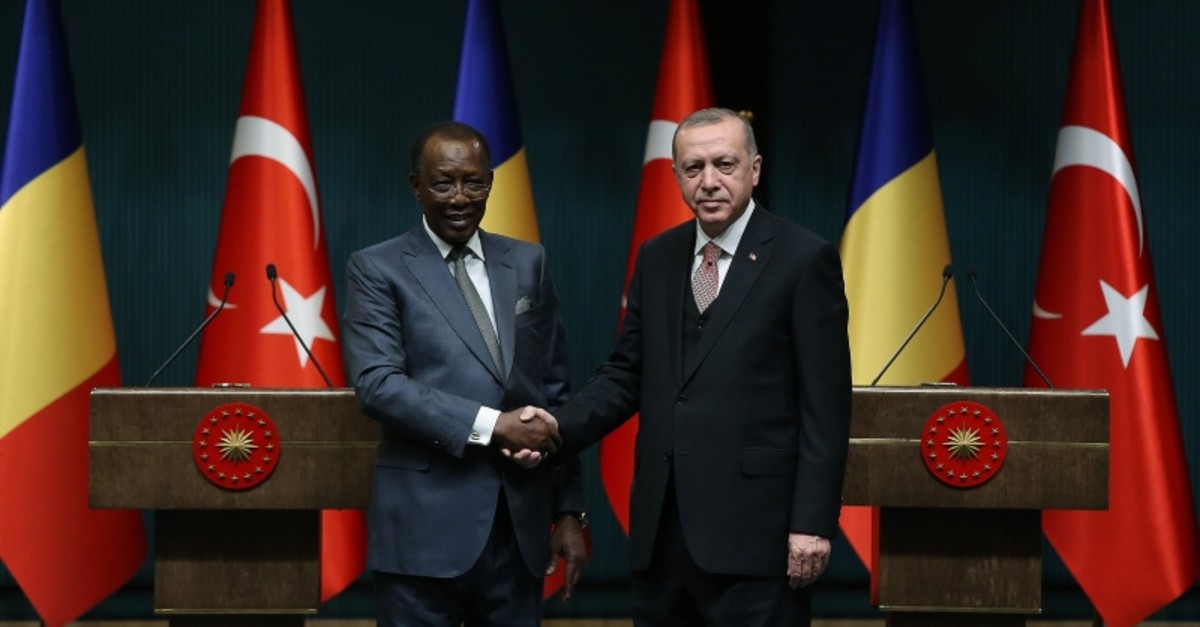 President Recep Tayyip Erdoğan on Wednesday said Turkey is resolute about increasing cooperation with Chad and other African countries.

Speaking at a news conference with his Chadian counterpart Idriss Deby Itno in Ankara, Erdoğan said the current trade volume between Chad and Turkey must be increased to $100 million.

"Our trade volume is now around $60 million. This is a very low figure. We have a population of 82 million and Chad has 15 million, which makes 97 million. This shows how low the trade volume is. We are now committed to increase this trade volume to $100 million," Erdoğan said, adding that they signed four agreements with Chad.

Erdoğan went on to say they have encouraged the private sector to develop trade and increase investments with Chad and thanked Itno for the support they provided to Turkish entrepreneurs.

He added Turkey would also increase the number of flights to Chad from two to three per week.

The Chadian president vowed to increase the trade volume between the two countries "to reach a level that suits us".

Describing his meeting with Erdoğan "tremendously successful", Itno said they discussed ways to extend the cooperation in different sectors.

"We have the opportunities and possibilities to do so. We just need the courage to take the necessary steps. I think we can seize these opportunities with Turkey's experience and Turkish companies' knowledge and skills," he said.

He noted that Chad was aware of the existing potential between two countries and added that signing of a new cooperation agreement would strengthen the previous agreements and cooperation in the defense, agriculture and industrial fields.