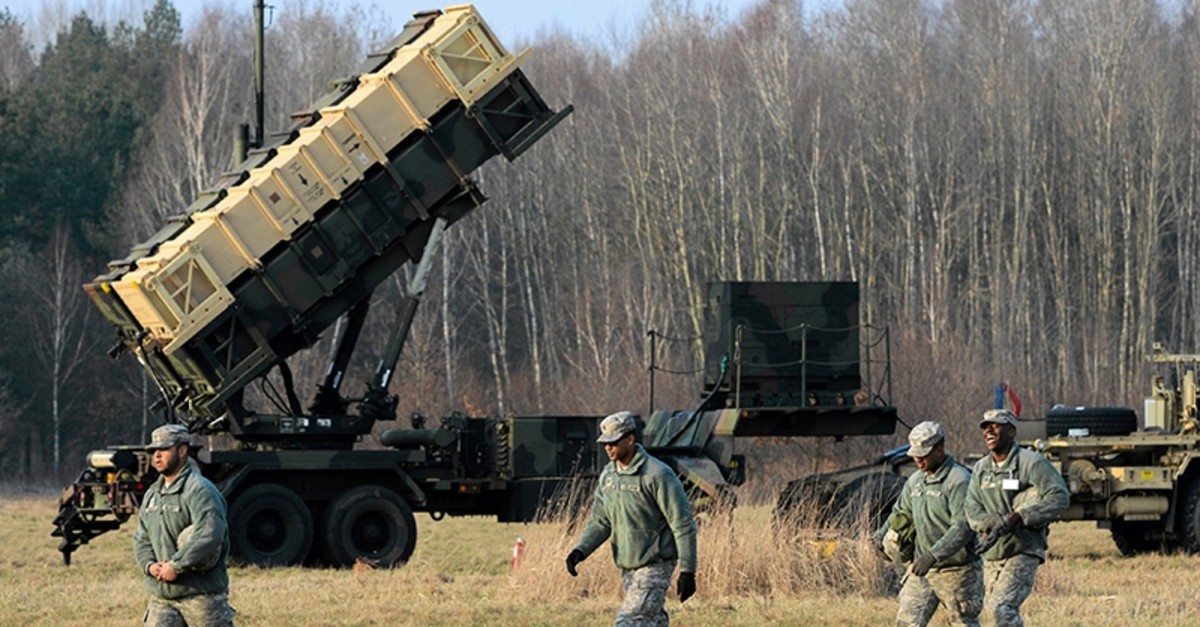 "Now the Americans said they could sell the Patriot, and our delegations are negotiating," Çavuşoğlu said during a television interview, adding that Ankara finally received a positive response from Washington to its letter sent nearly two years ago about the purchase.

He added that while negotiations have begun, Turkey has important considerations about the cost, delivery schedule and technology transfer in the future. While Turkey hopes to secure the purchase of the Patriot systems, it can also turn to other options if negotiations with the U.S. do not turn out in its favor, Çavuşoğlu said.

Earlier in the week, the foreign minister said Turkey's purchase of Russia's S-400 missile defense systems is a done deal, despite Washington's pressure to persuade Ankara to opt for the U.S. Patriot system instead.

On Friday, Çavuşoğlu reiterated that the S-400 deal was complete and the weapons system would be delivered in the fall.

"We need the air defense system. There are serious risks and threats around us. We have to protect the airspace of our country," he said, reiterating that Turkey was forced to resort to Russia as a supplier after its NATO ally the U.S. failed to meet its needs.

Turkey has been trying to purchase the air defense system from the U.S. for some time but was unable to get a commitment from Washington when it was needed the most. As the U.S. failed to meet the defense needs of its NATO ally, Turkey turned to Russia to purchase the S-400 missile system in 2017. Washington then threatened that the purchase of the S-400s could jeopardize their sale of the Patriot systems.

On Dec. 19, the U.S. State Department approved a possible sale of the Patriot air and missile defense system. The move was regarded as a breakthrough development after Washington's delay of Lockheed Martin Corp F-35 fighter jets to Turkey due to its purchase of the Russian-made S-400 defense system.