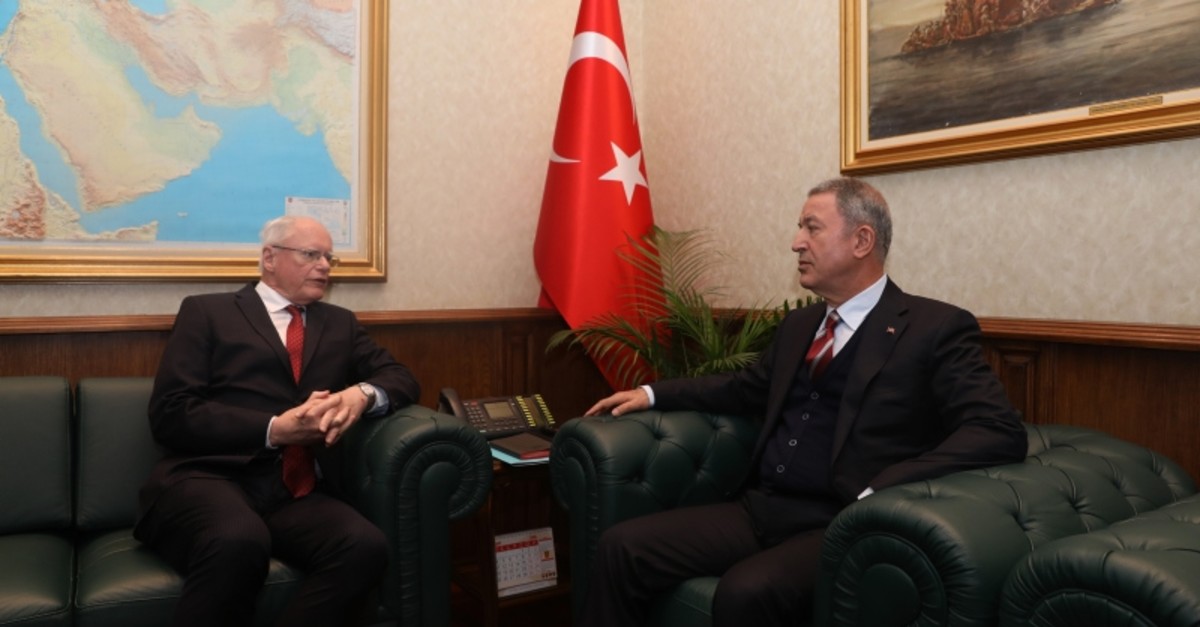 During the meeting, the two officials discussed the latest developments in Syria, focusing on the Manbij roadmap and the situation in the east of the Euphrates.

The coordination on the U.S. pullout from Syria, strategies for a post-U.S. period in the northern parts of the country controlled by the PKK terrorist group's Syrian offshoot the People's Protection Units (YPG), the fight against PKK and Daesh, implementation of the Manbij road map, and the S-400 purchase from Russia were the top issues Akar and Jeffrey exchanged views on.

Jeffrey, a former ambassador to Turkey, has in the past admitted that the Democratic Union Party (PYD) and its armed wing, the YPG, are indeed the Syrian affiliates of the PKK, which is recognized as a terrorist group by the U.S. and EU as well.