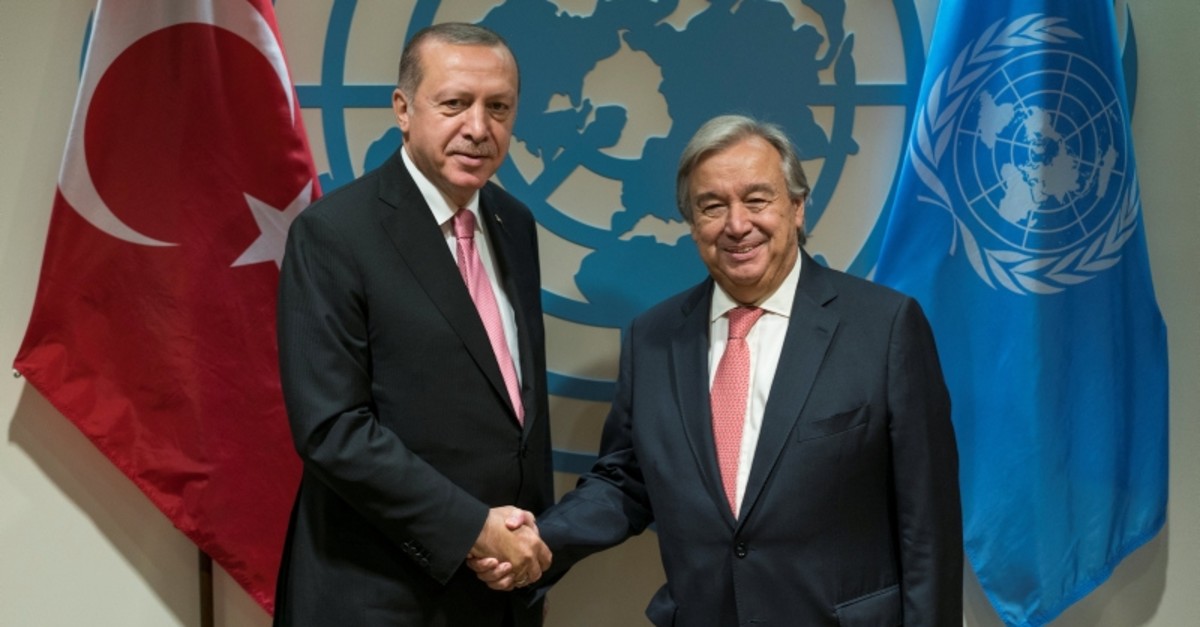 President Recep Tayyip Erdoğan and United Nations chief Secretary-General Antonio Guterres discussed on Friday the recent developments at the Indian-Pakistani border, and the latest situation in Syria over the phone, the Directorate of Communications of the Turkish Presidency said.

Tensions between Pakistan and India, two nuclear-armed rivals, have soared since a suicide bombing in Kashmir on Feb. 14 by Pakistan-based Jaish-e-Mohammed militants killed 40 Indian paramilitary troops. India has long accused Pakistan of cultivating such militant groups to attack it. Pakistan has denied any involvement in the suicide attack.

Indian aircraft then crossed into Pakistan last week, carrying out what India called a pre-emptive strike against militants blamed for the bombing. Pakistan retaliated by shooting down an Indian fighter jet last Wednesday and detaining its pilot, who was returned to India last Friday as a peace gesture.

Russian and Turkish forces started patrolling in and around Idlib on March 8 under a deal reached between the two sides last year to establish a buffer zone in the enclave, in efforts to prevent a major offensive by the Assad regime there.

Turkey has since set up 12 observation posts while Russia has 10 posts in a 15-20-kilometer-wide demilitarized zone in Idlib.