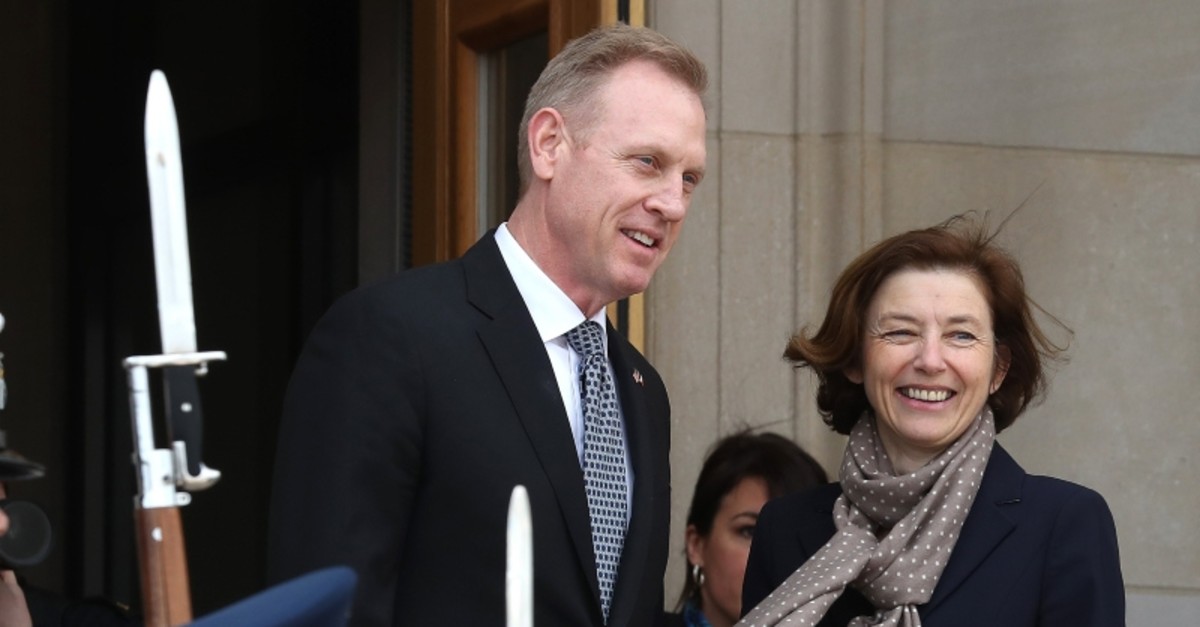 Washington reiterated Monday that the pullout process from Syria continues and it is working closely with Turkey on withdrawal plans, despite local sources suggesting that no action has been taken on the ground.

"We are working closely with the Turks, our strategic partner. More importantly, we are on plan for our drawdown in Syria," acting U.S. Secretary of State Patrick Shanahan said at a joint news conference with his French counterpart, Florence Parly, in Washington.

"We are in close coordination with our D-ISIS coalition partners on the real details of the plan," he added, using another term for the Daesh terrorist group.

Some 2,000 troops are still present in the country, despite Trump's promise to start the withdrawal by mid-March. In December, Trump announced that Daesh had been defeated and U.S. troops in Syria will withdraw from the country straight away. The decision, however, was quickly interpreted as an intention to halt U.S. support for the Syrian Democratic Forces (SDF), predominantly led by the PKK-affiliated People's Protection Units (YPG), a group that Turkey deems a national threat. Trump's swift announcement drew a range of criticism, suggesting that Daesh was still a threat and a full withdrawal was a betrayal of their ally on the ground. The U.S. administration has been unclear on their Syrian policy since.

Also reflecting the lack of clarity in the U.S. policy, the Pentagon's 2020 budget allocations for the training and equipping of the YPG in the fight against Daesh has remained the same as the 2019 budget despite announcing that Daesh has been defeated.

On Tuesday, the Pentagon released its budget documents for 2020, allocating $300 million for the training and equipping of the YPG and another $250 million to support the border security of the countries neighboring Syria. Although the fight against Daesh is nearing an end, there are still questions on the continuation of Washington's support to the YPG after the pullout.

According to the recently revealed details of the YPG's $300 million for the training-and-equipping budget, $173 million will be allocated for acquisition of weapons, while $38 million for logistic support and another $48 million dollars was allocated for infrastructure. There won't be any heavy weapons among the equipment to be received.

Ankara has long stressed the importance of the U.S. retrieving the equipment Washington has given the YPG, especially heavy weapons. Turkey recognizes the PKK and the YPG as organically linked terrorist groups.

No further details were announced about the $250 million allocated by the Pentagon for the terrorist group for the following stated purpose: "to support the border security of the countries neighboring Syria."

Last January, the U.S.-led coalition announced that it would establish a 30,000-strong new border security force with the YPG terrorists, but the move drew serious backlash from Ankara.